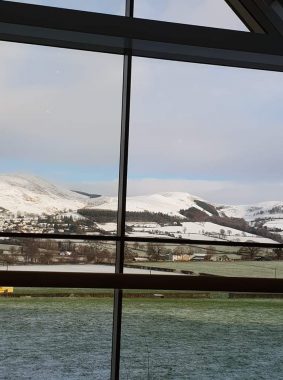 Essay written by a Year 11 student

My Hopes and Ambitions for the Future

The future is scary, isn’t it? I think everyone is a bit scared of the future and it comes down to a lack of control. You can control certain things like what to have for tea later or what to wear tomorrow, but you can’t control the traffic or the news. Isn’t that scary?

I’m in the middle of my GCSEs and they’re going well, I hope. I hope to do well now, I hope my A-Levels will go well and I hope everything goes well but really it doesn’t make the world of difference. You can hope until Hell freezes over, but will it change anything? Well, I hope it will – I have exams to pass! Needless to say, I have ambitions – everyone does. Everyone reading this has a goal or a purpose they want to achieve. Everyone needs something to work towards, to work for and hope for: Where would you be if you didn’t?

My personal goal is to have a Wikipedia page about me, or at least some mention somewhere on Wikipedia so that once every 10 years somebody wonders “Who’s this Christian bloke?” and is then outrageously disappointed when they find out I invented something pointless and ridiculous like a retractable spork. I don’t think that’s too much to ask; I don’t need to make a big difference to every person who lives or well ever live on Earth or beyond. Do you? I feel like most people would be happy having changed 2 maybe 3 people’s lives with some wise words or a good joke they’ll force into a best-man’s speech some day.

The point is, I’m fine to leave the big save-the-world nonsense to everyone else. Elon Musk is doing some incredible things, as well as making cars that look like they were in a 1980s arcade game. As long as there are people like him, it’s fine for there to be people like me. Perhaps you reading this want to change the world, or you want to be like Elon Musk. Maybe you are Elon Musk (Hi, Elon!). Doesn’t really matter who you are, keep at it. I’m sure you can accomplish whatever it is you wanted to do, or at least get a Wikipedia mention through trying.

I’m hoping to study Astrophysics at university (not sure which one) but haven’t thought further than that. I personally don’t think it remiss to not be planning 3+ years ahead, who knows what will happen then – probably only good things so here’s to hoping! People like to try and decide for you and the word “Cambridge” barely even sounds real anymore, so we’ll cross that bridge when we come to it. Billy Joel once said, “I don’t care what you say anymore, this is my life” and I feel like that statement has a lot of mileage.

People say that you can’t change the weather and I think that’s some of the best advice I’ve heard. Life isn’t in your control really, but if you create a machine that shoots water into the sky at high speeds it’s basically raining so if you can’t control it you haven’t found the loophole yet. It’s important that every ‘rule’ has a clause and every ‘definite’ has a caveat. The future isn’t yours to decide but the present is yours to change, and those changes decide the future so take the present and run with it because you’ll get left behind if you don’t.

Hopefully I’ll have a whole lot of life to go, but I’ve used “hope” in nearly every paragraph to prove how little it really means. The future doesn’t matter to me, it never has – I’ll get there in my own time and if you don’t want to wait that’s your loss. But if you get a minute in 10 years, and you’re out at some restaurant and somebody is using a fork which is also a spoon and it can retract into the handle, show them my Wikipedia page, okay?