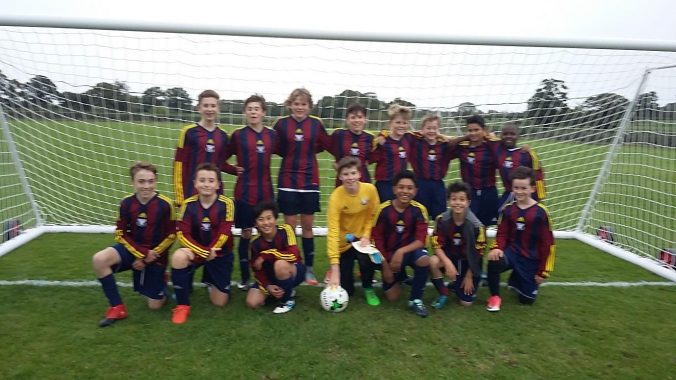 Following on from an impressive comeback against Abbeygate the U14’s were ready for the challenge of Kings Chester.

The team started brightly and dominated the opening period in which Josh H scored three goals all from precise balls being played through the defence for him to run on to. The old adage of never rest on your laurels began to come true as King’s gained a goal back, this then caused the momentum to turn and it was Kings who started to dominate and this resulted in another goal. The score was 3-2, but it could have been all square since King’s missed a penalty. This was given away by Macs who handled the ball in the area. The second half was very even with both sides playing open football. King’s levelled early on in the half, but Ruthin regained the lead through Jack D with an excellent team goal. The match went into injury time and King’s managed to find an equaliser.

Overall it was a fair result and another excellent performance by the youngsters.