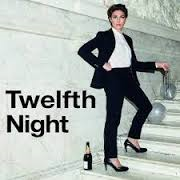 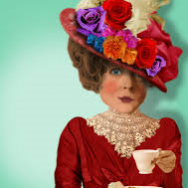 Ruthin School’s A Level English students have been lucky enough to be able to attend three productions of the plays they have been studying recently: two versions of “Twelfth Night” which allowed the upper sixth in particular to be able to compare different ways contemporary directors tackle this Shakespearian romantic comedy (as well as giving Lower Sixth students a taste of what they will be studying next year); and one of “The Importance of Being Earnest”, Oscar Wilde’s sophisticated comedy of manners, his satire on all things Victorian. This has helped bring both plays to life in a way which reading the plays silently or in class cannot quite do: the scenery, the sound effects, the acting, the rapport with the audience, the costumes, the props – in short, all the magic of live theatre.

“Twelfth Night” is a very popular Shakespearian comedy and the upper sixth students have really enjoyed the mixture of farce and romance, wit and slapstick, mistaken identities, playing with gender roles which the play includes. It is this last aspect which the recent National Theatre production emphasised. In particular they focused on the role of Malvolio, the killjoy steward who tries to ruin the fun of the carnival atmosphere of this festive world. In this production he was played by Tamsin Greig, not as Malvolio (a man), but as Malvolia, an uptight woman. As the subplot of the play revolves around Malvolio mistakenly believing that the Countess he serves is in love with him, this gave the play very fresh energy. In particular the contrast between the control freak and peevish steward at the beginning and the sudden abandonment with which she strips away (quite literally!) all her uptightness was hilarious, and made much more affecting by us realising she was suddenly acknowledging a previously suppressed aspect of her personality: her sexuality. All very twenty first century, all very “now” – but also tapping into the obvious concern Shakespeare felt for the fluidity of gender-defined roles in the play.

All in all, this production, screened live to cinemas around the country, was one of the best Shakespeare performances Dr Edwards and Mrs Brown have ever seen – every character was performed with wit and verve and energy, and if Tamsin Greig dominated the production, the other parts were equally persuasive: from the posh-boy Orsino, in love with being in love, to the cruel taunting of Feste the clown, enjoying her torture of Malvolio a little too much for the audience’s comfort.

After this, the live production in Manchester’s famous Royal Exchange Theatre had a lot to live up to. The theatre is in the round which creates a great deal of intimacy with the actors, and a sense that you are entering into another world, in this case the madness of Illyria. It gave the prank they play on Malvolio added bite: he really felt imprisoned in this case, as we are surrounding him, witnesses to his helplessness, as he is incarcerated as a madman. However, it was the twins Viola and Sebastian who were the stars of this show: their sense of wonder and bafflement as the mistaken identities unfold was a joy to watch. All in all, a very slick performance, with wonderfully clear story- telling and a true sense of the anarchy of the pleasure-seekers.

However, there were perhaps more genuine laughs in a far more local trip we made, to Theatr Clwyd in Mold to watch “The Importance of Being Earnest”. The second and third acts handled the farcical nature of the play thoroughly successfully and the parts of Miss Prism (the apparently straight-laced governess)and Merriman (the butler) were given much more prominence than usual. Both used multiple facial gestures to bring the play to startling life. Lady Bracknell was suitably imperious throughout and the young people captured that sense of entitlement of the idle rich, but also their need for the joy of love, highly successfully. All in all, a superb production.