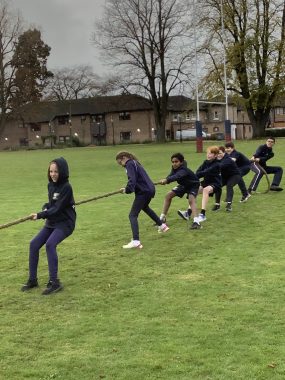 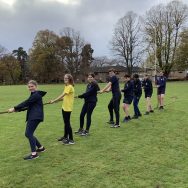 Each year at this time, Ruthin School holds its Tug o’ War competition. The first group to compete were pupils in Key Stage 4 and the winners were Austen House. On the following day, pupils in Key Stage 3 stepped up to the rope – once again, Austen House were the victors. The final round for Key Stage 5 pupils will be held next week. Will Austen be able to make it a hat-trick?