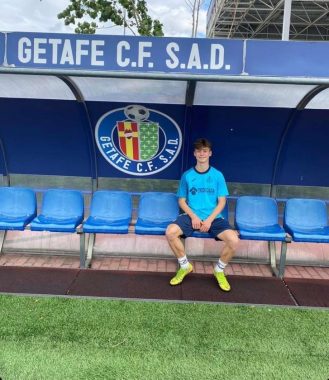 We have great pleasure in announcing that one of our former pupils who left the school in August has gained entrance into a Spanish First Division football academy.

Josh has now been given the chance to fulfil his dream of playing professional football. He is heading to Getafe in Madrid to join their Academy program where he will live, train and continue his school work. He will be given guidance on nutrition and how to look after his wellbeing.

Josh worked hard in school but also worked hard developing his football in school and for Connah’s Quay Academy. He was also seen during the summer working on his football skills and conditioning. His dedication shows what can be achieved with effort and determination.