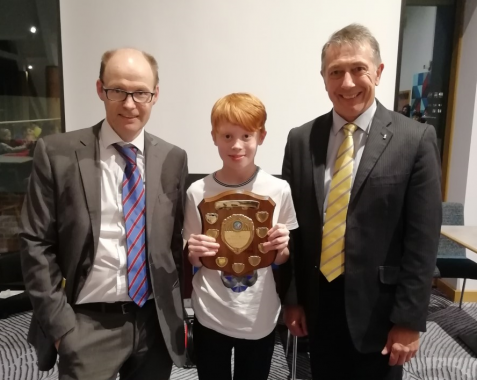 Snow White and the Seven Pantomimes

Panto season kicked off with a vengeance with not one, not two, but seven pantos in Ruthin School – all on a cold and windy December afternoon. It was all we could want to give us that warm winter feeling.

At the end of a busy term, Forms 1-3 turned their attention away from their tests to focus on entertainment and performance: a fine way to finish the term and prepare for the Christmas holidays. We enjoyed stories based on Cinderella, Aladdin, Robin Hood, Jack and the Beanstalk, Babes in the Wood, Snow White, Hansel and Gretel, Ali Baba and the 50 Merits. Newton, the eventual winners, performed All the Pantos There Ever Was – all in 15 minutes, with a slick pace, a dancing Prince Charming (complete with rappers, sunglasses and amazing Max-type moves), superb narrators, Ananya outstanding in a range of roles, props, costumes, set changes – and some excellent audience participation. They really showed the way.

However, their ambition was matched by a clever take on Question Time, where participants included Jack’s mother and the Giant from Jack in the Beanstalk and Dick Whittington’s wife, all arguing about “political” and social questions thrown in from planted characters in the audience. Shengqi was hilarious as a scout wanting to earn his questioning badge and all was chaired with style and clarity by Anna. This was such a new take on pantomime, difficult to pull off but communicated extremely effectively, with wit and humour, and lovely comic timing.

Ollie wrote about his favourite Panto which was by Newton House: he loved the “short snappy takes on so many pantos in 15 minutes: I think they did a fantastic job on this, as they had covered every panto. My favourite part of their production was the dwarves, as they were very funny with their hats and their high voices. I give this panto nine potatoes out of ten!”