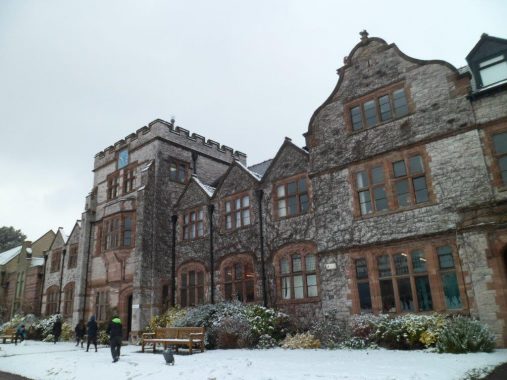 Quiz time for Forms 4 and 5

All of the pupils from Forms 4 and 5 took part in the 2020 general knowledge quiz. This year, for the first time, the venue was the café area of the dining hall, which provided a much better “pub quiz” feel than previously. Each house divided their pupils into three teams, giving a total of 15 teams with six members. Round 1 featured easy general knowledge questions where all teams were able to get some points on the board with Elgar house taking a narrow lead. Next, teams sent a single representative to take part in a quickfire quiz trying to recognize flags of the world, which then allowed Brunel to take the lead. The pub quiz format resumed with questions about events from 2019 where Elgar once again edged into the lead. The next quickfire round was won by Churchill, who were sneaking back into contention. At this point, time was against us and there was only time for five questions before the scores were totalled. With Austen a distant fifth, the other four houses were very close; however, Elgar prevailed for the win with Brunel and Churchill tied behind them.

Well done to all that took part!