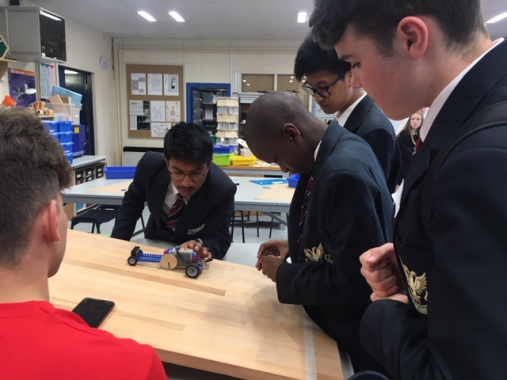 On Monday 10th June, four Form Three students – Zukhanye, Jackson, Agi and Steffan – attended a Physics Olympics competition at The King’s School in Chester, accompanied by Mr Wadon. They competed against approximately twenty other teams from schools in the region. Their tasks were based on practical problems and they were judged on both their performance and timing. After achieving second place in two of the six events, the team managed an impressive second place overall. It was a fun day for all, including Mr Wadon who formed part of the winning staff team, and the students were rightly proud of their achievement.