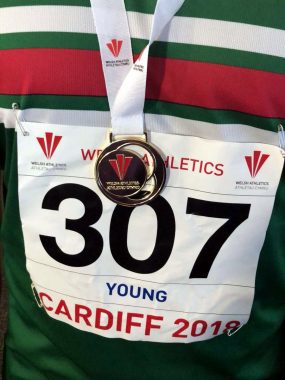 Update on student, Nicholas Young, and his athletic training and success.

Nicholas has recently defended his Welsh champion position at the national Indoor competition in Cardiff, swiftly followed by the English and Scottish Nationals in Sheffield and Glasgow respectively.

Nicholas competed in this event last weekend and took gold with a throw of 15.24m defending his Welsh indoor champion position for the third year. This is a new personal best, a new Sale Harriers club record and may take him (depending on how other throwers performed this weekend) to UK number 1 at u20. A promising start to the season.