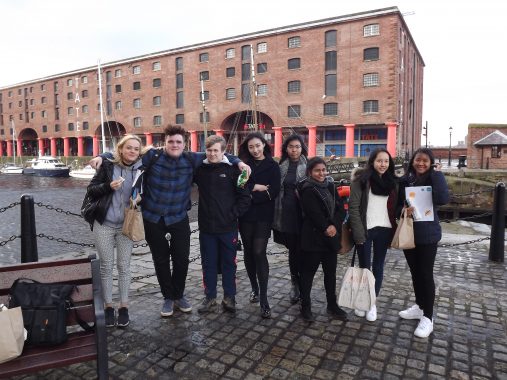 On Thursday 10th November our ‘A Level’ and ‘GCSE’ students embarked on an outing to Liverpool’s Tate and Walker Galleries where they experienced an exciting variety of artworks at first hand, including “Tracey Emin and William Blake in Focus” at The Tate, and the “ John Moores Painting Prize 2016” exhibition at The Walker Gallery. Intended to support their current coursework units, expose them to a range of artists and to help them analyse works of art, the visit proved a great success.

William Blake’s work seemed to be inspired by passages from The Bible. I really liked “The Death of the Virgin”. This to me showed a contrast between happiness and sadness when death comes. The Virgin’s Body lay dead with a solemn face and she was surrounded by people mourning her. I interpreted the scene above her in which she appeared with angels as being her delivered soul. Written by Ishani (F5)