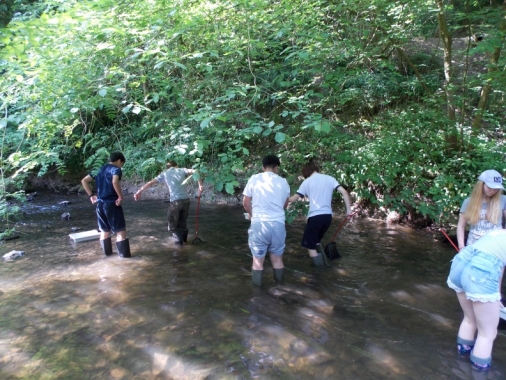 On 6th June, the Form 4 Biology and Geography students visited the Loggerheads Country Park and the pond at Bod Petrual to investigate the distribution of freshwater invertebrates. Armed with fishing nets and identification charts they waded into the water and collected their samples, before counting the number of different species and the number of individual invertebrates at each site.

All Form 4 were well behaved and enthusiastic about their task, despite several discovering holes in their wellies. The weather was great, allowing time to consume ice cream.