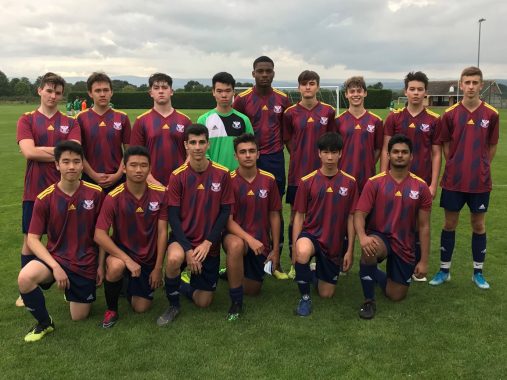 It was an excellent game of football played in perfect conditions involving two attacking teams. Ruthin took an early lead when Roman finished off a clinical move with a volley into the top of the net. King’s hit back with a goal following a break through the Ruthin defence. Ruthin then took the lead again when Josh fired in a corner which was turned in the net by a defender. Once again King’s responded with their own goal from good play through the centre.

In the second half, Ruthin were on top and took a deserved lead when Josh broke free and scored with a clinical finish. Once again King’s responded and scored from a free kick which deceived everyone and ended in the net.

Final score 3-3 which was a fair result. Man of the match was Rafael.