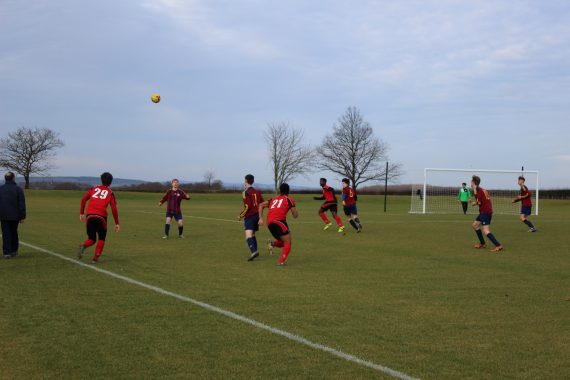 The school had their first fixture of the season versus King’s Chester. This tough first fixture was played under warm sunny conditions. The game was open with Ruthin playing good controlled attacking football. Ruthin took a deserved lead through Tom Butler. However, King’s came back strongly and scored two goals in quick succession. Ruthin responded positively and quickly, drawing level through Marco W and taking the lead after a cross from Iestyn L was diverted into their own goal by a King’s defender. The second half was much closer but the game was sealed by a tremendous goal from Josh High. There were many good performers on the day but special mention must go to Roan P and Josh H who were playing outside their age group. It was difficult to say who was man of the match as it was a team performance.