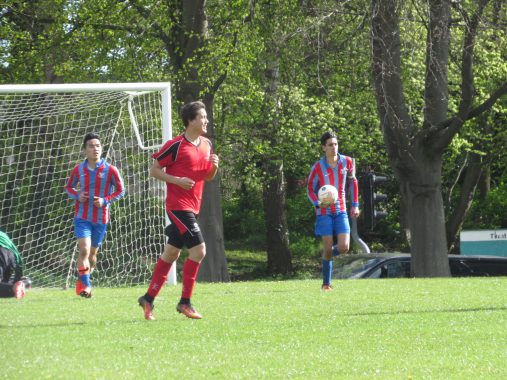 The return match did not play out as Ruthin wanted it to. Chester were very combative and developed a plan to stifle the creative players of Ruthin. Ruthin also had three players missing which increased the difficulty of the match.

The match never got going for Ruthin and, after no goals were scored in the first half, King’s managed to take the initiative and score two second-half goals.

There were some very good performances, especially from Roan P who was given man of the match.

This match was an excellent game of football with both sides intent on attacking. Ruthin took the lead after Josh H was brought down in the area: he got up and scored the penalty. Shrewsbury hit back and scored a goal on the break. The half time score of 1-1 was never going to be the final score as both teams attacked at every opportunity. Tom B then gave Ruthin the lead with a 25 metre long range shot. This goal deserved to win the game but Shrewsbury came back strongly and, as Ruthin tired, Shrewsbury took the initiative and scored two goals in the final minutes, making it 4-2. This was a good game which produced a good team performance, especially after a few last minute adjustments were required for the team through illness and unavailability.