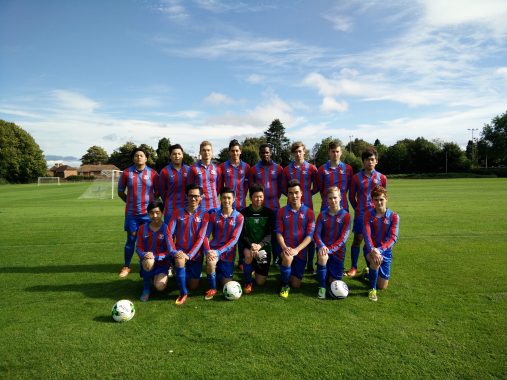 The U13 team played Kingsmead at home in a keenly anticipated reunion of the teams. The previous games for the U13 team had not gone well with the team losing both. However, this squad was determined to change the sequence from losing to winning. The game started in atrocious weather and Kingsmead took an early lead. This did not deter the Ruthin team who quickly equalised and then took a demanding two goal lead. Ruthin held the lead until the last 10 minutes when the game opened up and both teams traded goals.

The score ended up 6-3 to Ruthin and was the first victory for the team. The goals were scored by Roan x2, Finley x2, Josh and Vincent. Man of the Match Josh H. Well done to a promising football squad. 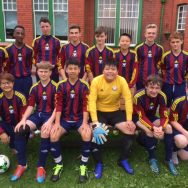 The U18 team travelled to St David’s College with a mixed squad of U18 and U16 players. The game was played in driving rain, but both teams acquitted themselves admirably. Ruthin started the game on the front foot playing some neat football mainly orchestrated by Tom B. in midfield. Ruthin took the lead when a ball played through was collected by Layide who scored. More chances came and passed which left the game closer than it should have been. The second Ruthin goal came from a corner which was scored by Elliot. Ruthin were then awarded a penalty after the St David’s centre back pulled back Layide. Layide took the penalty and although he sent the keeper the wrong way he also shot past the post. This did not dampen the spirits of the team who then went on to get a third scored by Taewoo. A great performance with Iestyn, Man of the Match.