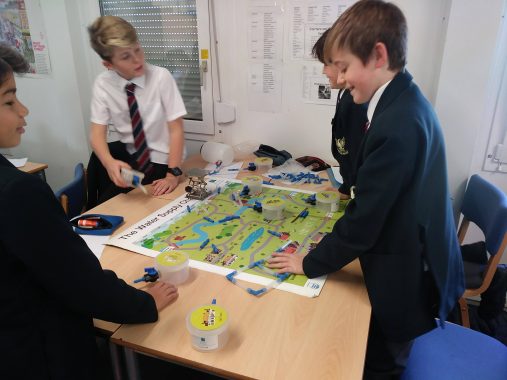 As part of their Development topic, Form 2 have heard speakers from two different organisations talk about development issues in poorer countries. The first speaker was a representative from Fairtrade, Ann Gannon. She spoke to the children about the work Fairtrade does internationally, as well as the work she does locally to promote awareness of Fairtrade. The second speaker was a representative from Welsh Water. She spoke about the demands for fresh water and the difficulties in delivering fresh water to homes in poorer countries. The children conducted an experiment to supply a town with water, which they then had to cost. It was a difficult activity, but one which they enjoyed.