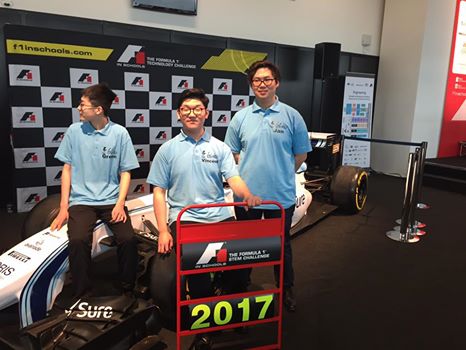 Our teams were very excited about winning a place in the Formula One Schools National Final at Silverstone last Wednesday.

The sixth form team (Jan, Vincent & Green) put in a lot of effort in the three weeks following the regional final to redesign their car, improve the marketing of their team and update their portfolios, presentation and pit display. They also received a lot of help and support from the Form 2 team – it was great to see them all working so hard together. Their car was fast and posted the fourth fastest time, but as the top two appeared to have been disallowed under the regulations theirs was second. Green once again proving to have lightening reflexes with the fastest reaction time in the class and only 1000th second slower than the fastest overall.

They received lots of nice comments from the judges in many aspects of the competition and whilst they were nominated for an award, unfortunately we came home empty handed. They were one of 11 teams competing in their category, with another 25 teams competing in professional class. The Form 2 team spent a lot of time talking to the other teams (and picking up freebies). They now have a sizeable list of ideas to work on ready to compete again next year.

They all had a fabulous day, making the most of the experiences on offer, such as sitting in a Ferrari 488 GTB and then followi 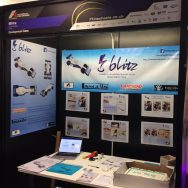 ng it around the Grand Prix track in the school minibus.