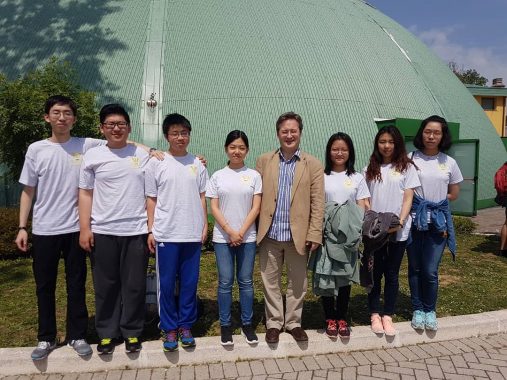 For the third year running, Ruthin School, were selected to represent the UK in a European Mathematics competition following their success at the UKMT Senior Team Challenge.

Martina, Rooney, Brian, Mark, Irene, Sabrina and Stephany represented Ruthin School at the competition in Italy and after two days of competition, Mr Belfield was delighted to report that the team had come fifth overall.

As part of the Italian competition, teams 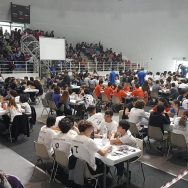 had to select one question (called their “jolly”) and if they solve it before any other team, they get many marks.

Rooney was responsible, in our team, for choosing (and hopefully successfully solving) the “jolly.” A difficult task – as a question too easy could result in another team solving it first, and a question too difficult might result in being unsolved – so no high marks. The “jolly” needs to be selected within the first 10 minutes of the start of the competition. His choice was excellent – and he solved the question correctly (with no other team solving it). In fact, he solved this question within 10 minutes, and then went on to solve other really difficult questions.

Here is our jolly: