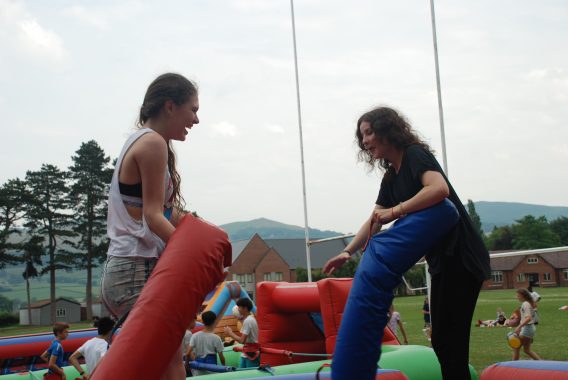 Ruthin School pupils of all ages were delighted to enjoy an end of term treat having fun on several big bouncy castles provided by Kings of the Castle (Rhyl). Despite the heat of the sun that afternoon, students enjoyed relaxing, bouncing, sliding down the large slide, playing human-football, gladiator fighting and even dancing in the disco globe.

Some even used water pistols to cool themselves down!

All followed by a pizza produced by the school’s pizza oven. 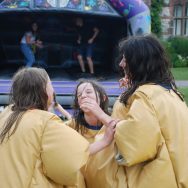 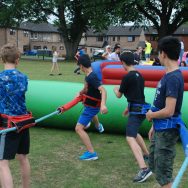