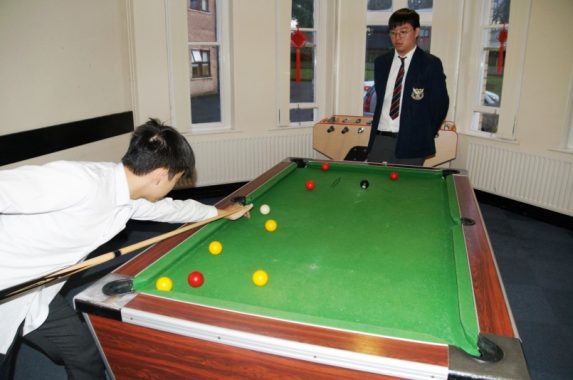 The annual Christmas pool competition took place in Gladstone House on the final Wednesday of term.  Brunel won, even though Austen were the better team. Gavin and Oscar were by far the best players, followed by Steven H.  Austen lost the opening match on account of some Elias flukes and then lost to Newton at the end by accidentally potting the black and white on the last stroke!