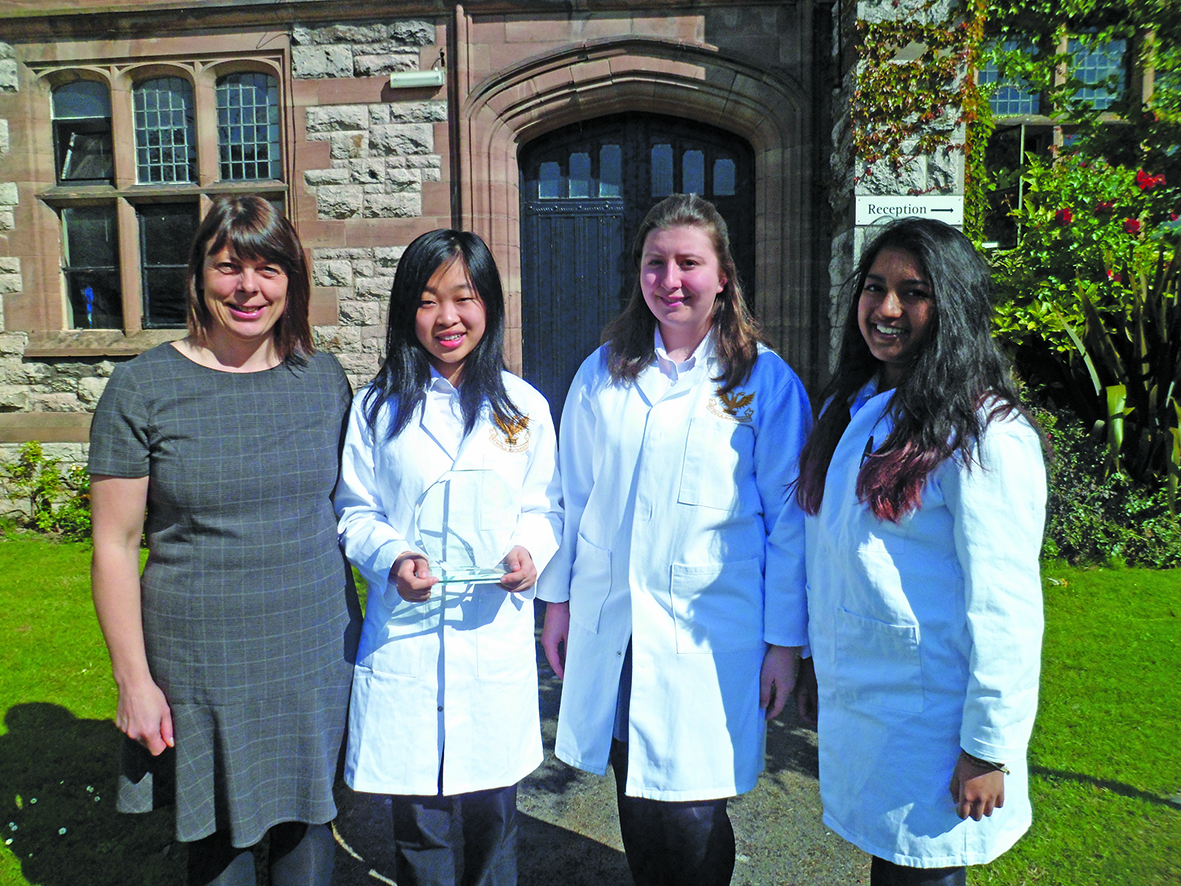 Having won our regional heat at Bangor University, we flew to Aberdeen to compete in the National final of the School's Young Analyst Competition run by the Royal Society of Chemistry; this year held at the Robert Gordon University. Having arrived at the 'Great Grey Granite city' we went around the old town of Aberdeen, going from coffee shop to coffee shop (for Caitlin's benefit!). We then took a walk down by the river, skimming stones as we relaxed before our briefing for the next day. We then spent an enjoyable evening with the other Regional Winners playing Tenpin bowling and riding on dodgem cars!
Now to the competition. There were twenty other schools competing, we all had four experiments to complete and a tie breaker question which was a comprehension task. During the four experiments we encountered new equipment, such as a Gilson pipette (which we had no idea how to use!). All the experiments were linked to calculating the aspirin concentration in tablet form. This involved: a backwards titration, UV-spectrometry, infrared spectrometry and HPLC (high performance liquid chromatography). We had a few issues throughout the day- faulty equipment mainly!
We were informed that the tie breaker had to be marked, from then on the tension increased as we sat patiently awaiting the results with Miss Frencham. As first place was announced we were stunned to hear the adjudicator say "and in first place  Ruthin School". Our delight and excitement could not be contained and as soon as they had finished talking we rang Dr Hannant who could be heard cheering from the other side of the room!
I would like to thank Miss Frencham and Dr Hannant for all their help and encouragement throughout the years which has undoubtedly helped us attain this prestigious achievement. In addition, I would like to thank all the teachers for the support we are offered and receive, which contributes to the overall success we have at Ruthin School.
Team members: Elin, Caitlin, Xiao