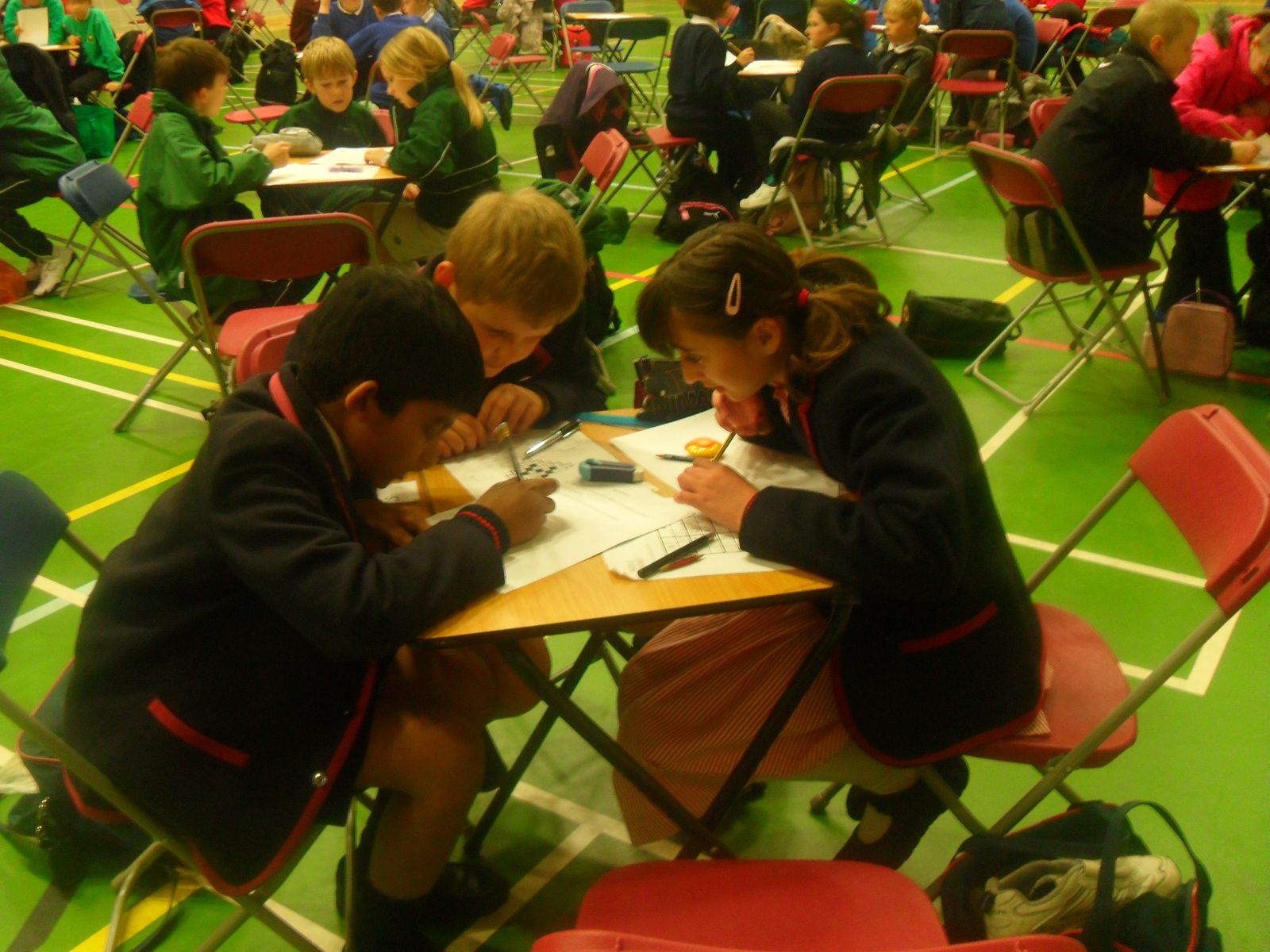 On Friday 27th April 100 year 5 pupils from the Denbighshire local area attended the school’s first Mathematics Challenge Day organised by Mr French and the staff in the mathematics department.
The pupils came from some 20 schools. Pupils represented their school in teams of three. They did a four round challenge. The Group round involved problem solving whilst the Go Shopping activity involved them working closely as a team sorting out clues logically. Next was orienteering in the grounds and inside the school answering many observational questions on such topics as triple jump, athletics tracks, football pitches and Ruthin school memorabilia all linked to Mathematics. The final round was held in the sports hall and was a mathematical relay race.
Around 20 sixth form students mentored the young pupils in the activities and all were a credit to the school and themselves. The pupils and their teachers were very positive about the event and many were pleased they had attended and experienced a different approach to mathematics that made learning enjoyable, challenging, focussed and competitive.
Ysgol Esgob Morgan, St Asaph were the winners of the competition taking away a laptop computer for the school and £25 Amazon Vouchers for each of the winning members of the team. There were also Amazon vouchers for 2nd, Ysgol Rhos Street, Ruthin and 3rd , Ysgol Clocaenog.
Some of the comments made by the teachers who attended:
“Great day, thank you , “Children really enjoyed the relay – made maths fun”, “good opportunity for pupils from all schools to mix and have fun with maths”,
“It made them very enthusiastic for Maths”,
“The children thrived on the pitched level of activities and the nature of the problems – a great mix of practical and written problems”,
“A fantastic day for all – staff and children, Diolch yn fawr”