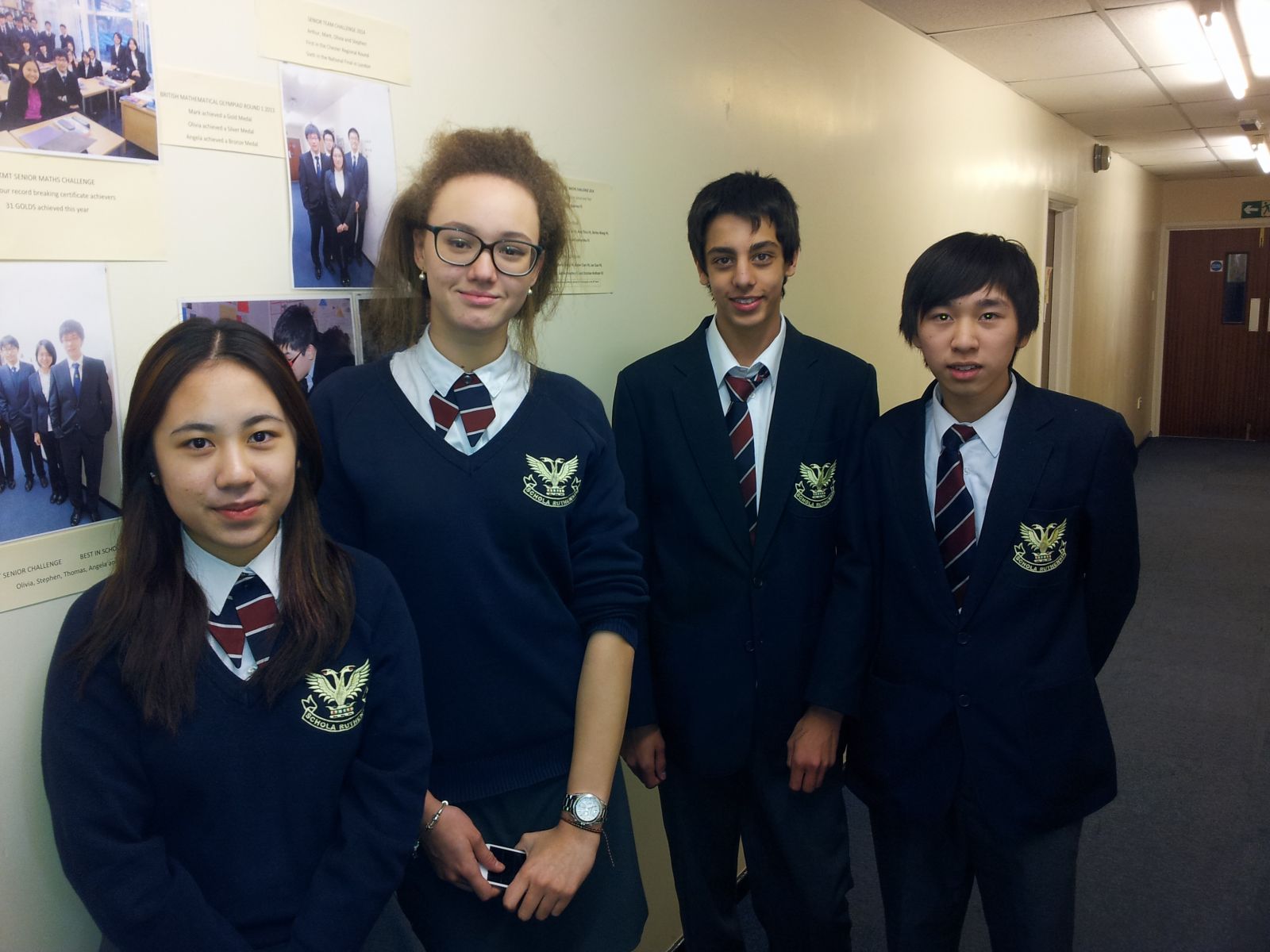 On Thursday 13th March our team of Arun Thiru, Victoria Young, Harry Ng and Mabel Chen attended the competition at The Bishops High School in Chester. 16 local schools attended from the Chester and Wirral regions. The top four teams would go through to a North West regional final being held in Manchester University on 1st May so there was all to play for. There were many different rounds and Ruthin’s scores were sometimes very good and in other rounds around average so the team were not too sure how they had done whilst waiting for the results to be announced. In the end we came 4th out of the 16 teams and will attend the regional final. The team were very pleased and are looking forward to attending the Manchester University final in the future. Thanks should also be given to three of our sixth form further mathematicians who taught the team all about base 6 arithmetic which was the specialist round this year. A big thank you to Mark Ha, Angela Zhou and Olivia Li.