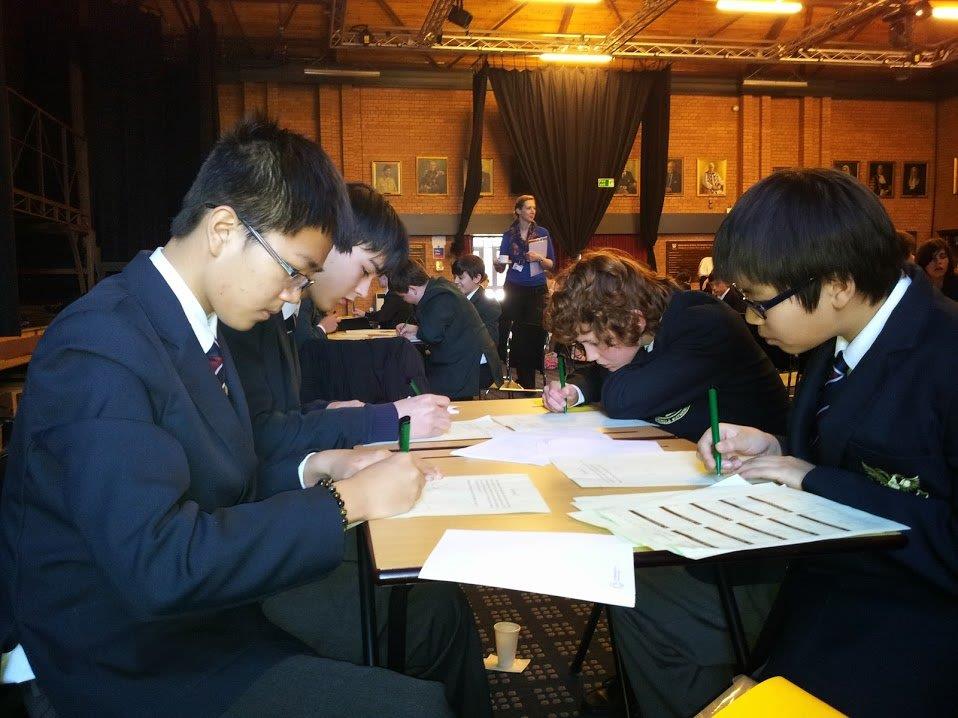 Christopher Ackerley, Joshua Ma, Iestyn lewis and Minh Phung from Year 8 and 9 were selected to represent the school in the regional heat of this competition held at Birkenhead School. A total of 25 school teams were present from all over the Wirral and Chester.
This competition is split into 4 rounds. The first two rounds are a group round and a cross number round. After these two rounds we were pleased that we were amongst the top five teams.
The next round was called a shuttle round and worth 60 points. This involved the team working as two separate pairs on four questions, two for each pair. The problem is you need the answer from your opposite pair before you can find the answer to the question you have. There are four such shuttles. We didn’t do as well as hoped.
We then had a superb lunch provided by our hosts before the final relay round in which we did well. A fast and furious activity involving problem solving and physical activity.
We then had to wait some time before we found out how we done overall. We were not named in the top three, but we had come in seventh position out of twenty five school teams present.
Another encouraging performance from our younger mathematicians who are using these experiences to improve their maths thinking and problem skills.