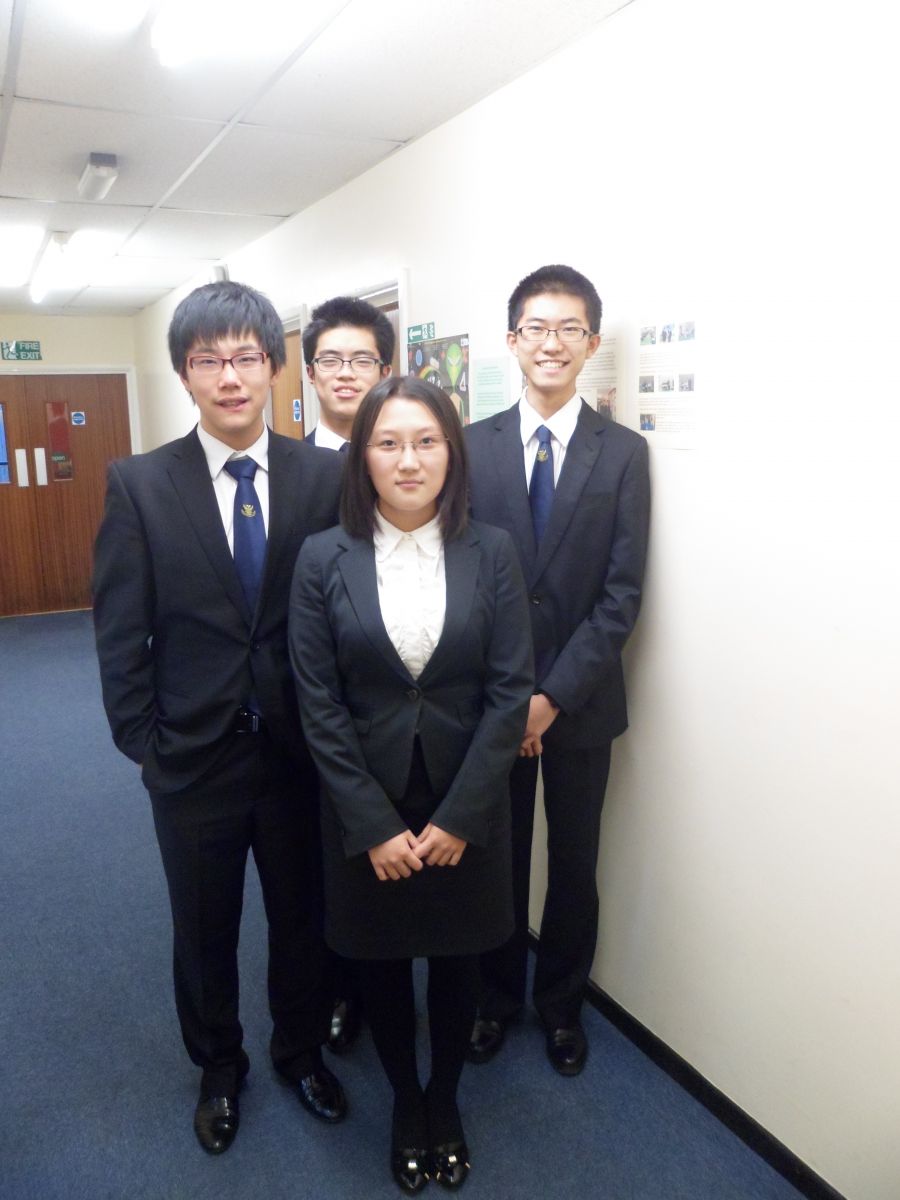 On 12th November our school maths team went to Christleton High School, just outside Chester, to take part in the regional heat of the UKMT Senior Team Maths Challenge. The team – Arthur and Stephen from the Upper Sixth and Olivia and Mark from the Lower Sixth – was a strong one and with this strength there was a certain degree of nervous expectation before the competition started. Looking around the room at the other 20 teams we were aware that there were some excellent young mathematicians present. However, once the rounds started the team showed their ability by quickly and efficiently answering everything that was thrown at them. It was only in the Cross Number round – which this year was particularly difficult – that any marks were lost. At the end of the day the team had only dropped three marks out of a total of 184: a truly impressive performance. As the final scores were added up the team were quietly confident and so it was no surprise that the Ruthin School team were announced as the winners.

Each member of the team was given a winner’s certificate, but the real prize was that we had once again qualified for the National Final to be held in London on Tuesday 4th February. We’ll let you know how the team gets on!