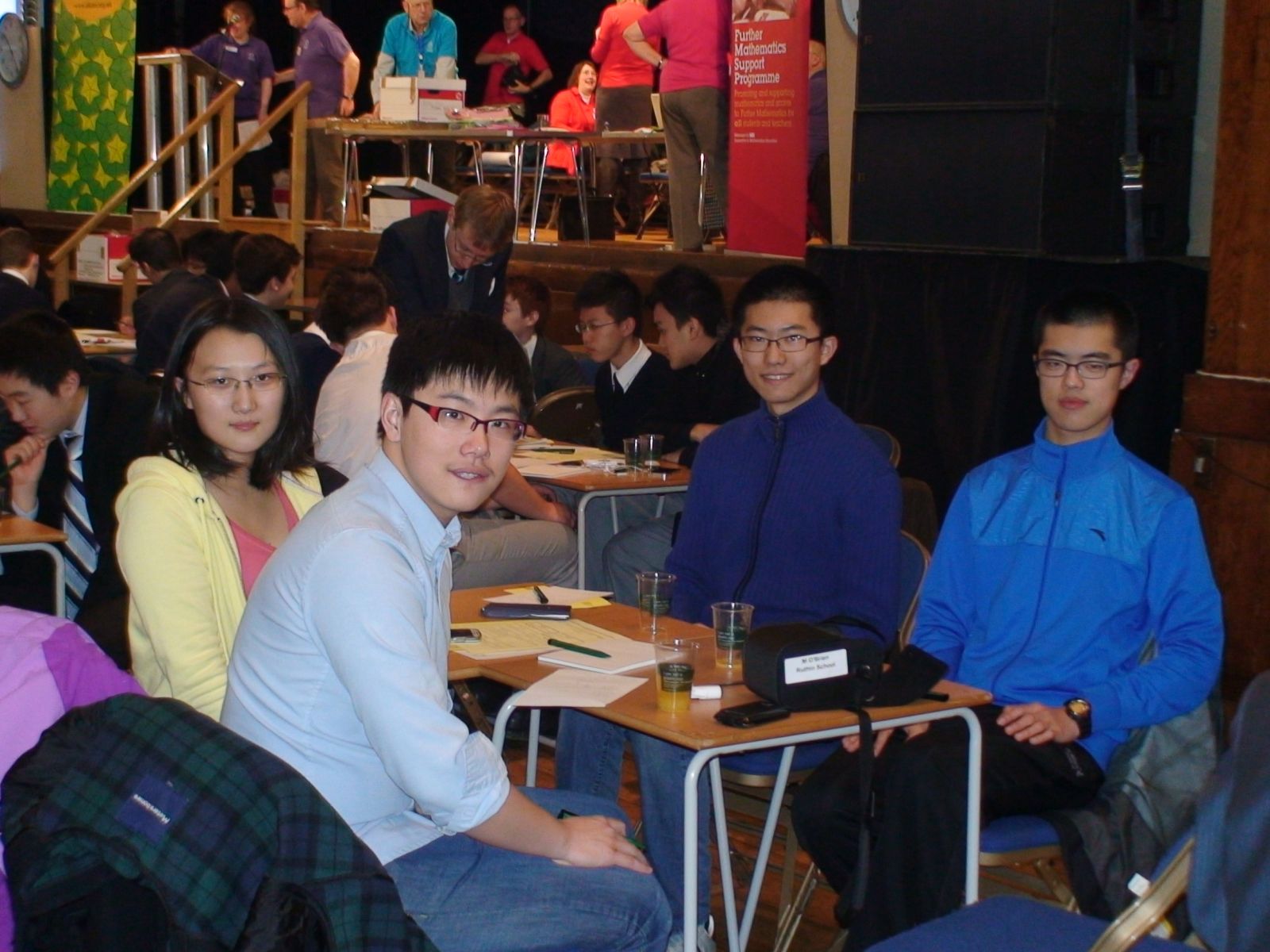 For the fourth year running, Ruthin School qualified for the National Final of the UKMT Senior Maths Team Challenge. Olivia Li, Mark Ha, Stephen Hou and Arthur Wang were determined to do as well as possible. After intense preparation we took the early train to London.

With 59 teams the competition consisted of 3 rounds.  The first round went according to plan. When the leading positions were announced we were pleased to be included in the list of ten teams that had achieved full marks. Round 2 was a cross-number: a sort of crossword, but with numbers as the answers. At the end of round two we were again included in the list of 8 teams with a perfect score. The tension was mounting!

The last round consisted of four mini-relay races with each team splitting into two pairs and passing answers back and forth. If a mistake is made early on then the later answers will also be wrong so accuracy is essential. But just to make things intense there is a bonus of three marks if you can answer all four questions in each mini-relay race within a six minute limit: so you must not also be accurate, you must also be quick! The first two mini-relay races went perfectly for the Ruthin team – but you could see the despair around the hall as teams slipped up or failed to bag the bonus points. Indeed, at this point all the teams in the hall began to make mistakes and so it was with our team. A couple of slips in the last two mini-relays races and we had lost 11 points. When Professor O’Brien rejoined the team they were extremely disappointed.

Yet when the final results were announced we were in 6th place! An incredible performance, especially when it was revealed that the winning team had lost 5 marks in the mini-relay round. On the one hand we were so close, but on the other we had achieved out highest result ever! So there was no need to be disappointed – the result was fantastic.

To celebrate we went to Chinatown and had a meal with 3 Old Ruthinians: Frank Huang, Ian Chan and Edward Lu who are all currently students at Imperial College. We then took the Tube to the Tower of London to watch The Ceremony of the Keys: a 700 year old ceremony performed inside the Tower every night at 10pm. Just a few free tickets are issued each night so it was very special being with the small group of people who could witness the ceremony: it was very atmospheric being inside the grounds of the Tower as a storm raged around us. We watched as the soldiers locked up the Tower and then were challenged in the dark with the ancient words: “Halt! Who comes there?” A fantastic end to a fantastic day!