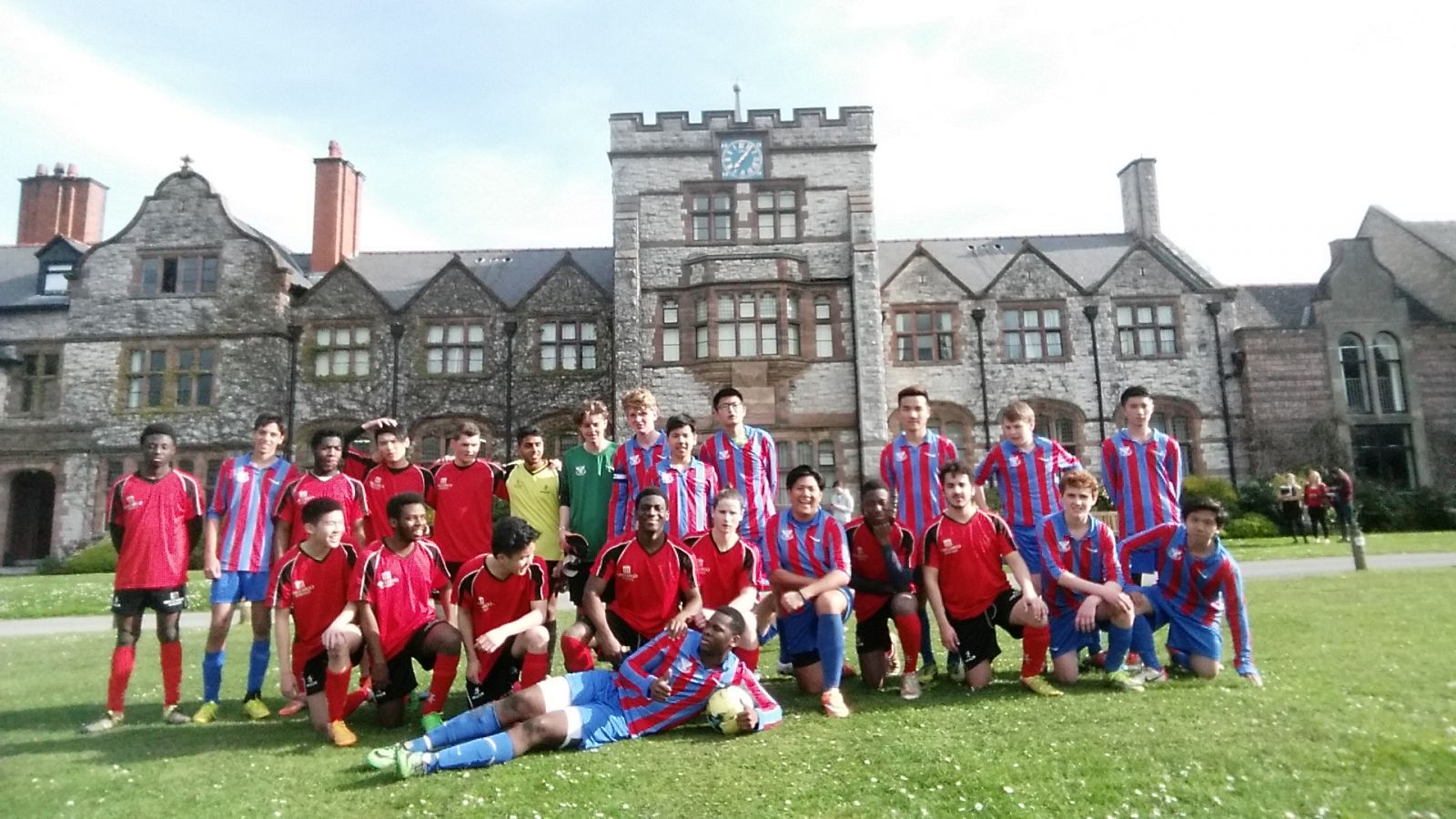 The Wednesday morning classes rushed by before lunch and then we were going to get ready for the match. Everyone met at 1:30 p.m. in the changing rooms and we all took a vote. We voted for the Under 16s Player of the Year, Youngest Best Player of the Year and the Most Improved Player. The Under 18s, who were also getting ready for their own game were also voting.  We will find out who won all the awards in assembly on Tuesday 19th April.
After that we split up, Under 18s went onto the front field and Under 16s onto the back field to warm up and practise shooting. That went by quickly and, before I’d hardly noticed, we were kicking off. It was a close game for the first 5 minutes before Yvan ran down the wing, tried to cross it, but found instead that it went through Concord’s keeper’s hands and into the back of the net. After that Ruthin School really went ahead with Taewoo getting 3 goals, Yvan getting 2, Vincent bagging 1 from the penalty spot and me grabbing one from 40 yards out.  In goal, Qing made some good one on one saves and Elvis cleared one off the line.  Jack D also made an amazing sliding challenge inside the box to get the ball out of danger.    The final score of the match was 7-3.

All in all, I think the Under 16s played really well but, of course, there had to be a man of the match and after getting a hat–trick and coming close many other times, that rightly went to Taewoo.   Vincent did well scoring a goal on his debut for the Under 16s.  Written by Josh H.