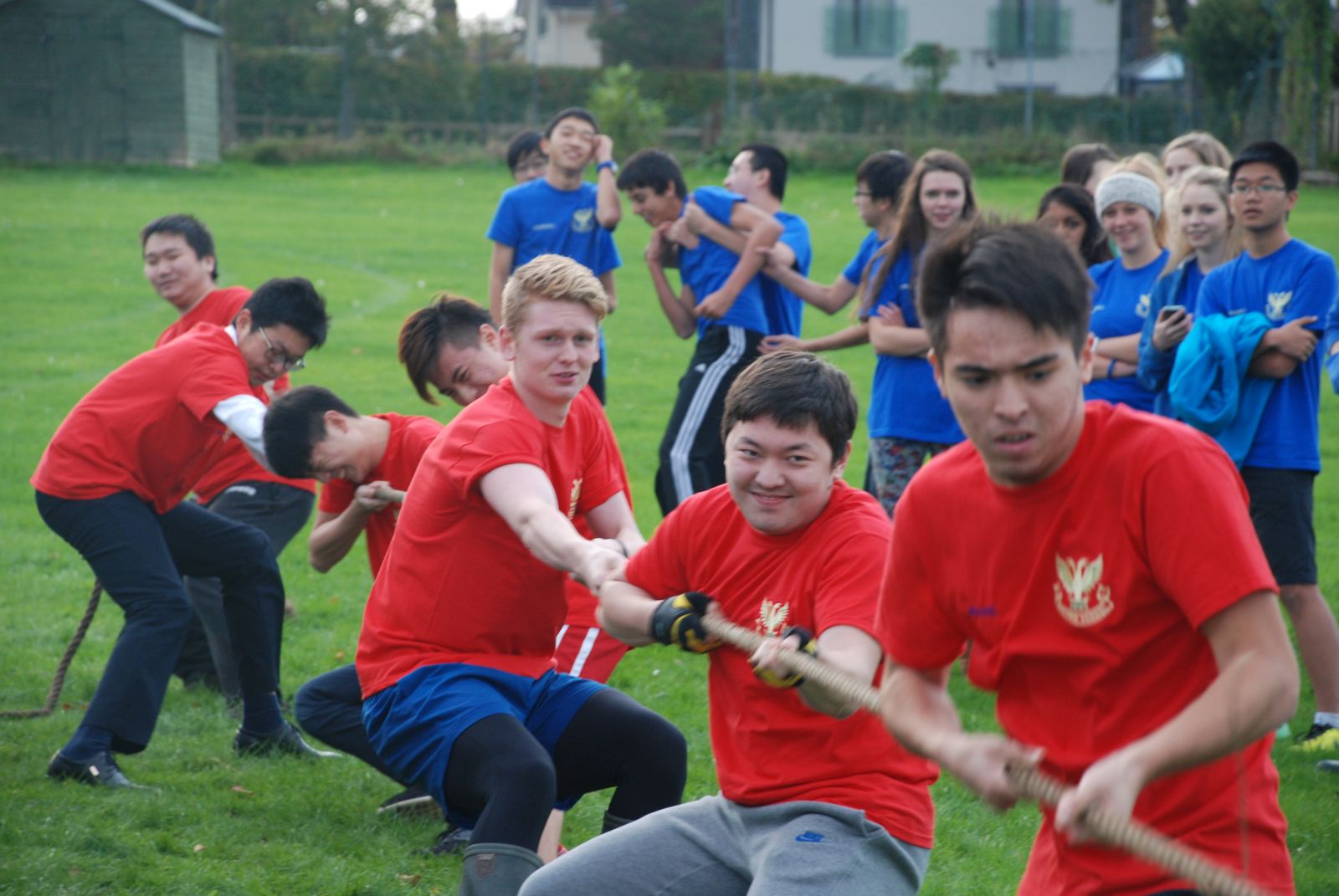 On the last Friday before half term in October, the heats for this year’s Tug of War Competition took place with the qualifiers going through to the finals on 4th November when our Annual Bonfire, Fireworks and BBQ took place. Just in time, the house T-shirts arrived and the Tug of War competition was the first occasion they were able to be worn. Each tie consisted of one pull and the houses winning through to the finals were in order :    KS3 Churchill v Elgar, KS4 Churchill v Brunel, Sixth Form Boys  Brunel v Austen and Sixth Form Girls Austen v Churchill.