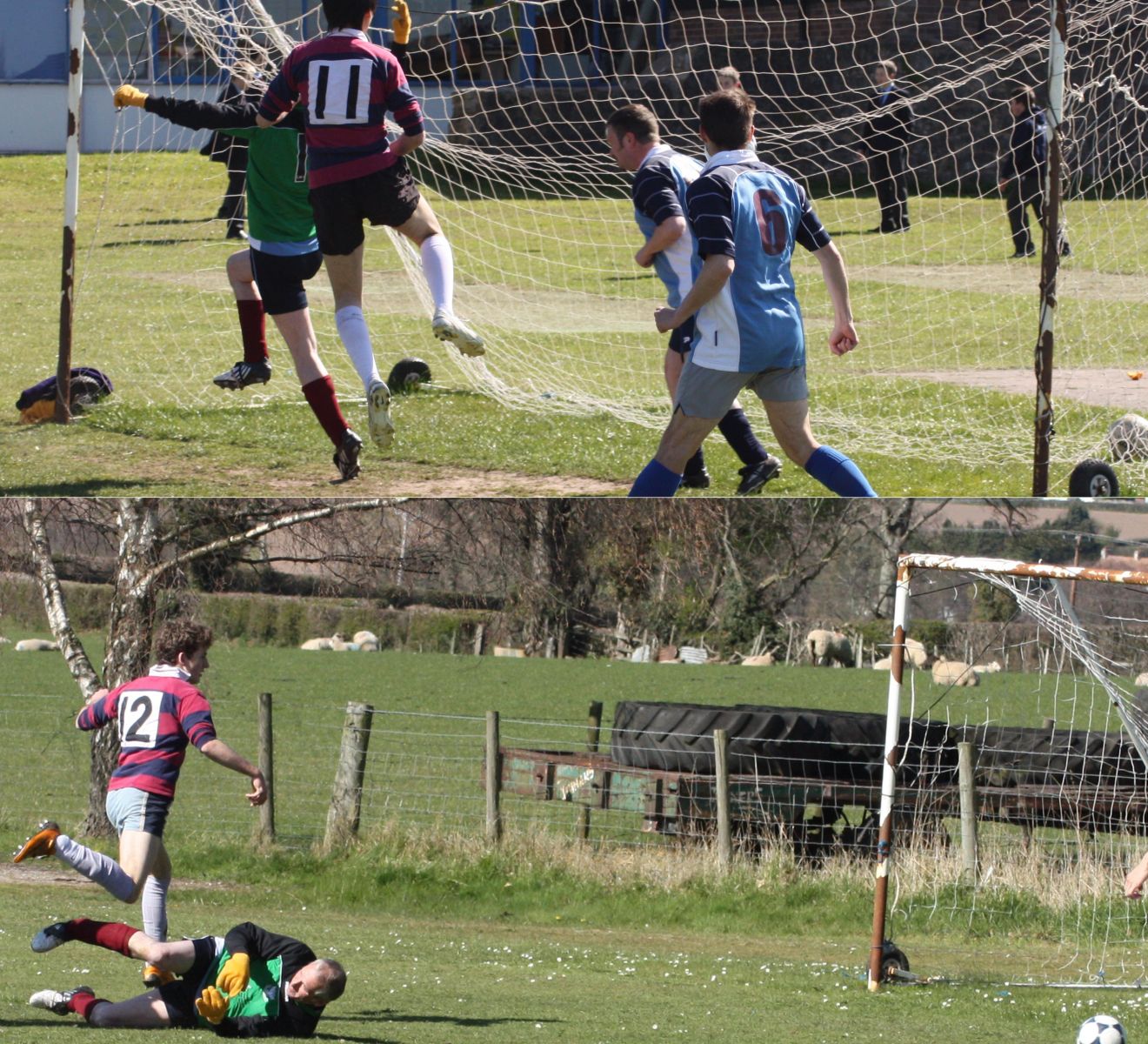 Staff suffer at the hands of the Sixth Form

The annual football match, postponed last term due to appalling weather, finally took place on a day of bright sunshine albeit with a cold northerly wind. After a very even opening ten minutes which saw little penetration by either side Oli threaded a precise ball through a cluttered mid-field to Gareth who moved it on to Eddison who took two attempts to find the net.  A few minutes later  a corner from Gareth eluded everyone and curled in near the back post.  This seemed to spur the staff into action and a corner, following a strike by Mr Davies, drifted in to be finished off by Mr Rimmer. The staff kept the pressure on and the half ended 2-2 following a goal by Mr Davies. The staff  appeared to run out of steam and the Sixth Form became increasingly dominant slotting in two further goals by Oli and a penalty by Ryan.