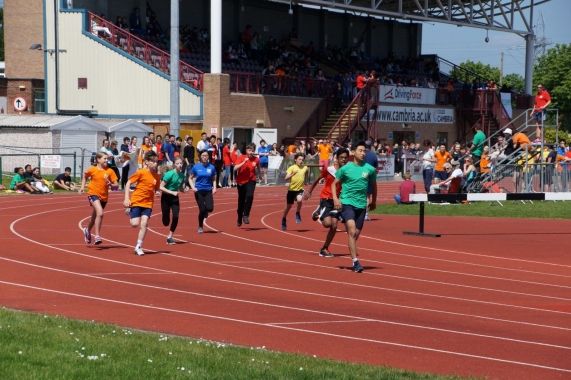 The annual school athletics competition this year found a new home at the Athletics Track in Deeside. The athletes were able to run on a conventional running track rather than grass for the first time. The whole school were taken to the event to either participate or support their houses. The whole event was a tremendous success, the rainy weather held off and most of the time it took place in sunny conditions.

We will look forward to returning to Deeside next year.