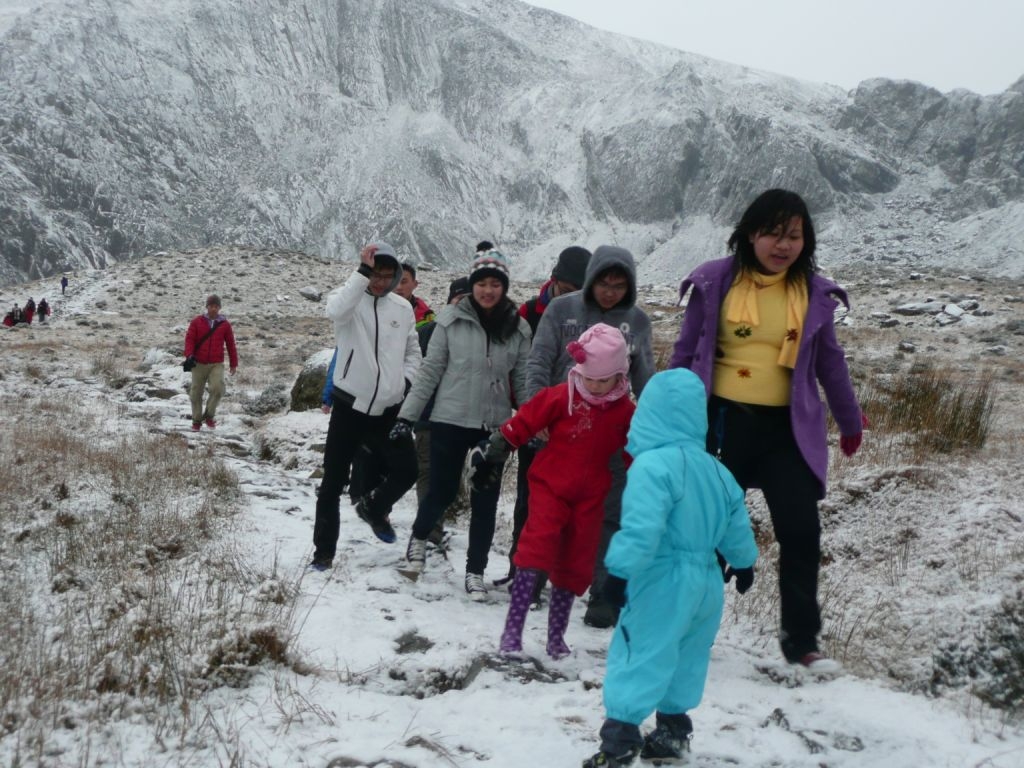 On Sunday 13th of January Dr Hannant and Mr Wadon took two minibuses full of boarders to the mountains of Snowdonia National Park for a winter walk. The destination was the beautiful glacial valley of Cwm Idwal. They arrived to crisp green hills and the intrepid walkers set off up the mountain path to the dark waters of Llyn Idwal. However, on reaching this picturesque lake, the snow started to fall – creating a frenzy of excitement!
The original plan was to walk around the lake but the snow created problems where the path crossed a small stream. The group had to descend the hill alongside the stream until a safe crossing point could be found. They eventually made it to flat grassland near the lake which provided the perfect location for a snowball fight! It was quite magical to witness the transformation of the mountains from green to white!