After two years of absence, Ruthin’s Got Talent returned with students submitting videos of their acts. The audience were able to watch via Teams in their tutor groups. It takes a lot of bravery to put an act on video and risk scrutiny from peers – but none of our acts needed to worry about being shy about their fabulous performances. 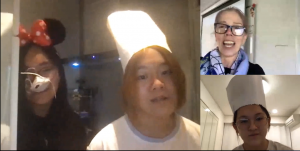 Miss Foster’s GCSE French class opened the show with a superbly scripted rendition of scenes from the Disney Pixar movie Ratatouille. The students were acting in their homes during lockdown lessons but were co-ordinated seamlessly through Teams. More variety came from Sabina who recited Pi to 100 decimal places to the theme of Greig’s Hall of the Mountain King. 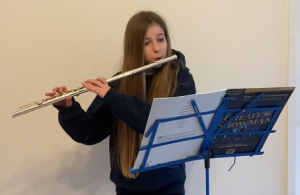 We also had Emma performing a flute solo of a song from the Greatest Showman. We were blessed with three singing acts. First was Abigael singing a diva-esque duet taken from Barbie as the Island Princess; this was very popular with the voters and she narrowly missed the top 3 acts who won prizes for their entries. 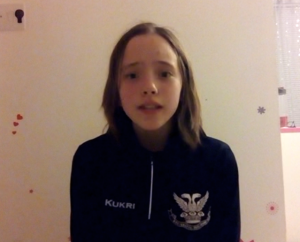 In third place we had Annie singing “Imagine” by John Lennon; it was a very poignant and beautiful piece, enhanced by her peaceful photos of Ruthin. In second place we had Jess performing a K-Pop classic, “Eight”. His skilled singing certainly won a lot of votes from our K-Pop crazy demographic. But our winner was Ray who stunned all of the viewers with his piano solo of Chopin’s Fantaisie Impromptu. His fingers were strafing the keys with pinpoint accuracy and his feel and timing were second to none. Well done to all who participated in Ruthin’s Got Talent! 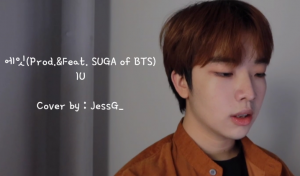