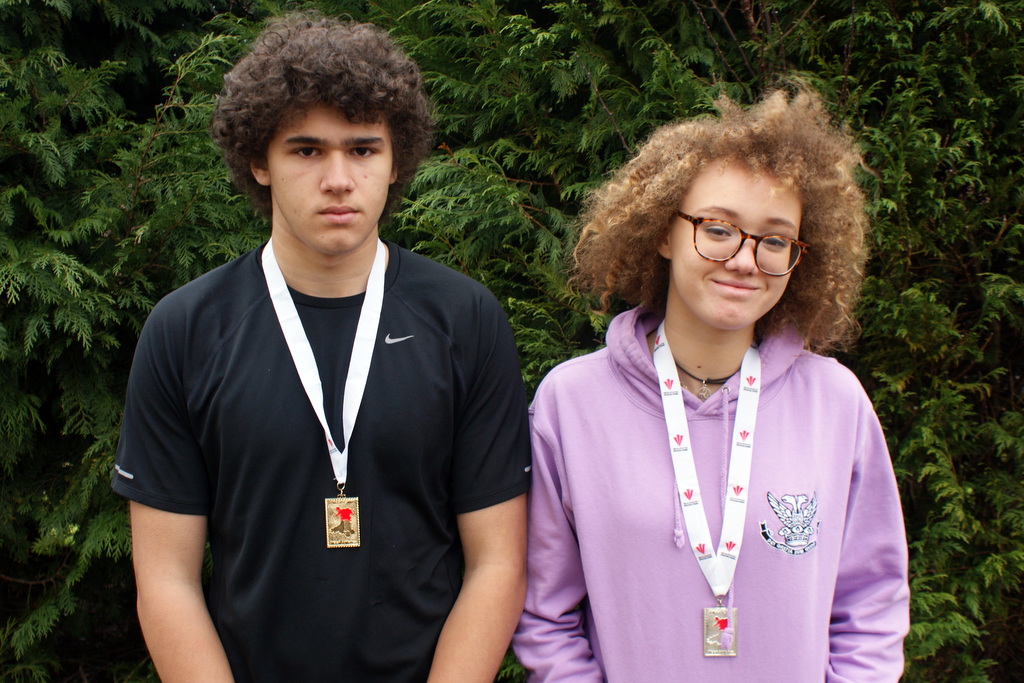 Last weekend brother and sister, Nicholas and Victoria Young, competed in the North Wales Regional Athletics Indoor Championship.  Victoria picked up the silver medal in the U20 shot (discus is her stronger event, but not indoors!) and Nicholas the gold in the U17 shot with a new personal best of 14.20m (frustrating, as he is throwing well over 15m in training).  This promises to be a more competitive season for him as there is now a serious contender from Cardiff AAC who is currently listed as #1 for Wales in the Power of 10 with a throw of 13.54m achieved at the South Wales Regionals last weekend (at least until Nicholas' latest throw is entered).

It should be an interesting confrontation next Sunday when they will meet at the National Indoor Championship down in Cardiff.  We wish them both every success and look forward to hearing their results.