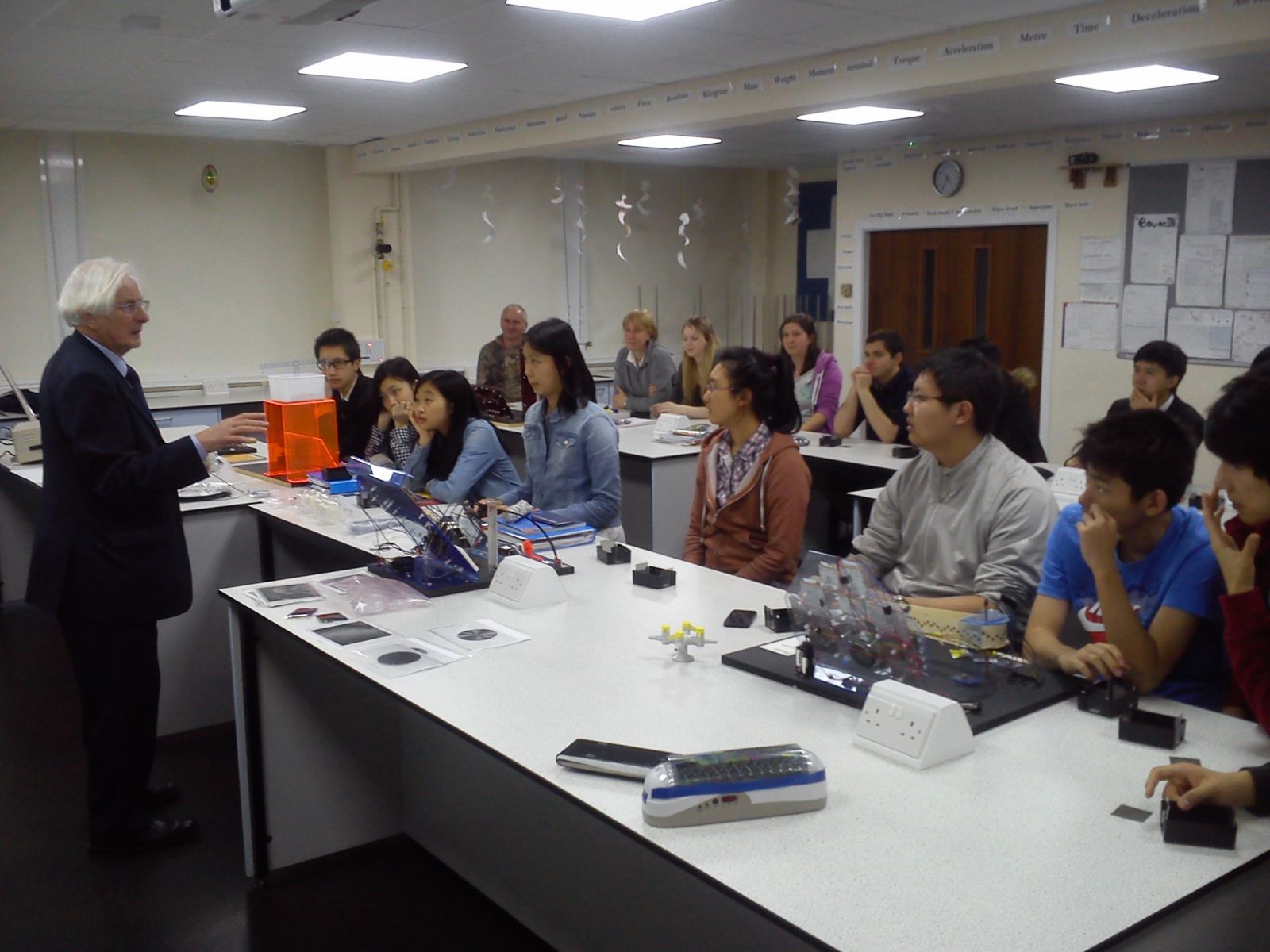 Physics students learn about Photonics and the use of lasers

2015 is the International Year of Light and on Friday 8th May, Ray Davies, the director of Photonics Academy of Wales, at Bangor University, visited Ruthin School to give a presentation to L6 Physics students.  His enthusiastic approach included demonstrations of the bizarre nature and behaviour of light, and included many hands-on activities and observations for the pupils to get involved with.

Mr Davies brought along some recent student-constructed prototype inventions all of which made novel use of light and lasers, including a laser operated lock, a music reader, motion detector, self-levelling platform and a laser-controlled robotic limb.  His passion for creativity in Physics sparked the pupils’ imaginations about what is possible using light and he set them a challenge to take away with them – to think about a new invention that will utilize Light for the benefit of those people who cannot actually see the Light.  Over to our budding L6 inventors…!