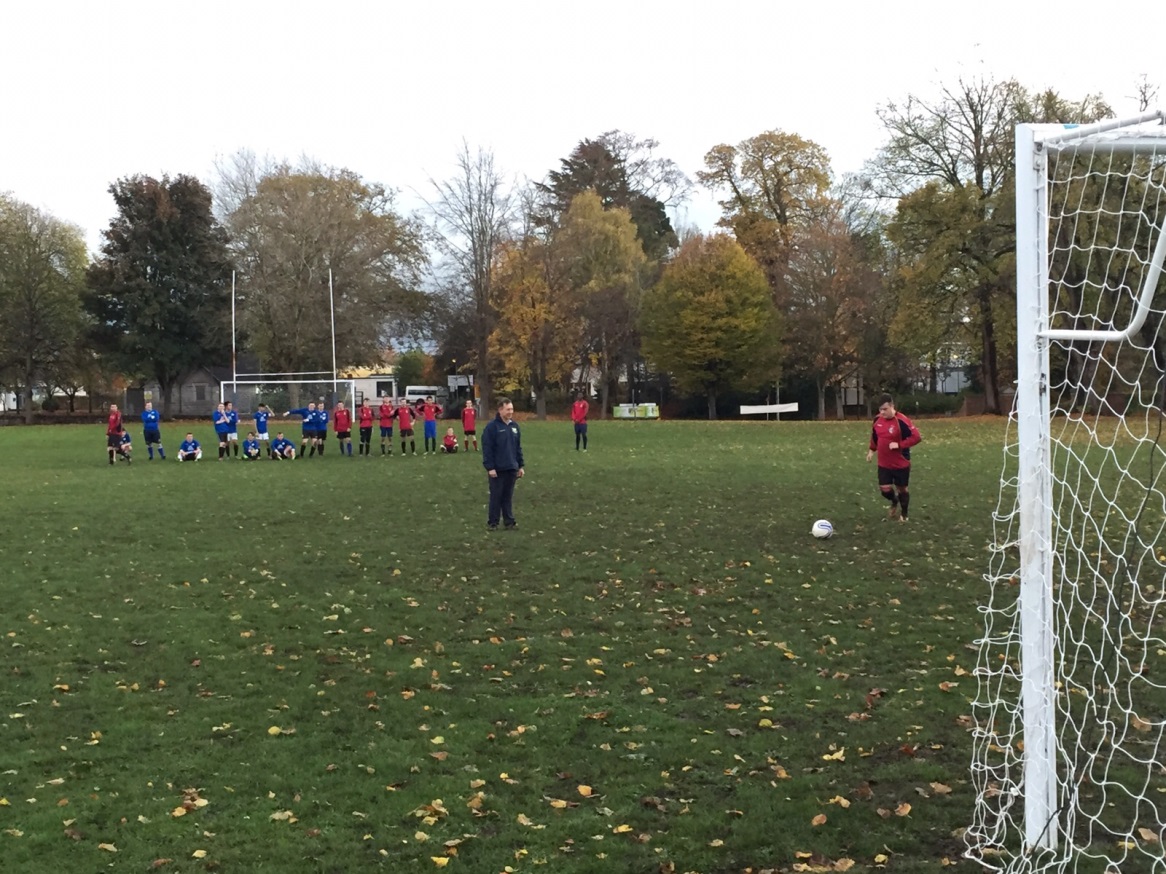 A reunion of eighteen Old Ruthinians (ex-pupils) with four current pupils produced two football teams, with different kits, ready for a game. With no substitutes, it was assumed injuries simply wouldn't happen, and the teams matched up for an hour, Mr Rimmer refereeing (and giving out three yellow cards for dissent due to Old Boys giving him cheek!). The red and blue teams were very well matched, the game played end to end. Both teams had chances, the Blues formidable attackers Sam and Stuart being held back by the two Richards in defence. At the other end, George DVD did what he did best, shooting off target, the rest of the team following suit with some great chances for Layide and Robin going begging. Half time marked some passionate team talks in both camps; particularly from Jordan!
The second half began with a lot more intent from the Reds, resulting in an early goal from Layide. The Blues were stunned for a while, but with ten minutes left, began to pile pressure on the reds. With just a few minutes left, Stuart went down with a knee injury, but the Blues continued to press. With three minutes left on the clock, Ianto latched onto a through ball and finished well. Full time: 1-1
With the sun going down, the only way to settle the match was penalties. 5 takers were selected from each team and they each stepped up to mark. After 10 penalties, the score was 4-4 thanks to some saves from Finlay and Louis, as well as some terrible misses, meaning sudden death ensued. An England-worthy sequence of bad penalties began, until Arun stepped up and scored for the Reds. John for the Blues stepped up, both teams huddled, hoping, until John missed! The Reds won a fiercely contested game and celebrated in style. Man of the match went to Arun for a solid performance in the air and on the ground, as well as scoring the winning penalty.