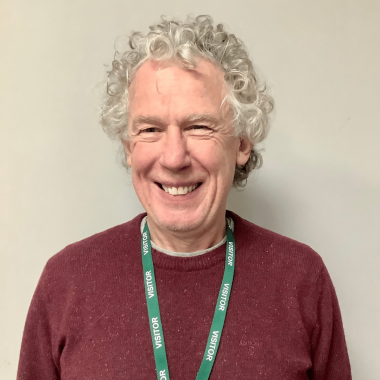 David is an experienced educationalist and was the Vice Principal at UWC Atlantic College. After leaving AC, he became a senior consultant Hiroshima Prefecture Board of Education in Japan, where he oversaw the setting up of a new international baccalaureate school. His remit was staffing structures, policy frameworks, staff developments and appointments.

David has a passion for developing forward thinking, creative leaders and would like to help to develop an inclusive, open and engaged community throughout the whole school.

David’s route through education is unconventional. In his early life he lived in a caravan and had an interrupted schooling. He left school with no qualifications and became an apprentice boiler maker and welder. Through hard work and adult education, he was offered a place at Oxford University to read English. Having completed his studies there, he won a post-graduate scholarship to study further at Birmingham University.

David now lives with his wife in a small Shropshire village where he is a big part of the community. Cider making and pleaching hedges sums up village life. He is a keen walker and has climbed in the Andes and Dolomites. He believes he learned most about leadership on those hills under extreme conditions.

Learn more about the staff at Ruthin School here.