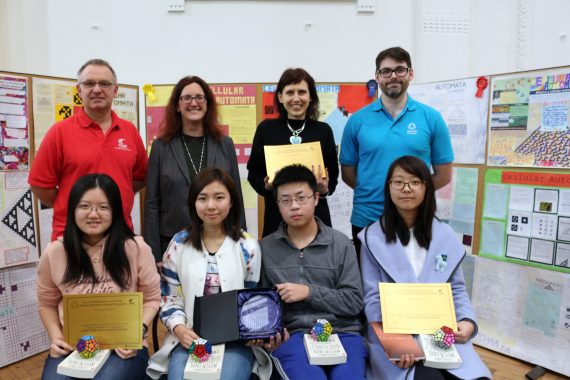 Congratulations to Veronica, Martina,Rooney and Betty who have become the UK National winners of the SMTC (Senior Mathematics Team Challenge).

Our team travelled to London to compete in the final held at the beginning of February. Over 1,000 schools took part in the competition with around 90 top schools reaching the final.

Last year our team also won the competition – jointly with Westminster School and King Edward VI School, Birmingham. However, this year we were the outright winners, gaining more points than any other school in the UK.

Veronica and Betty, in Upper Sixth, already have offers to go to Cambridge University. Veronica will study Mathematics at Trinity College and Betty will study Economics at Queen’s College. Martina and Rooney, who are in the Lower Sixth, will apply to Cambridge in the Autumn.

Well done to our brilliant team of outstanding mathematicians!