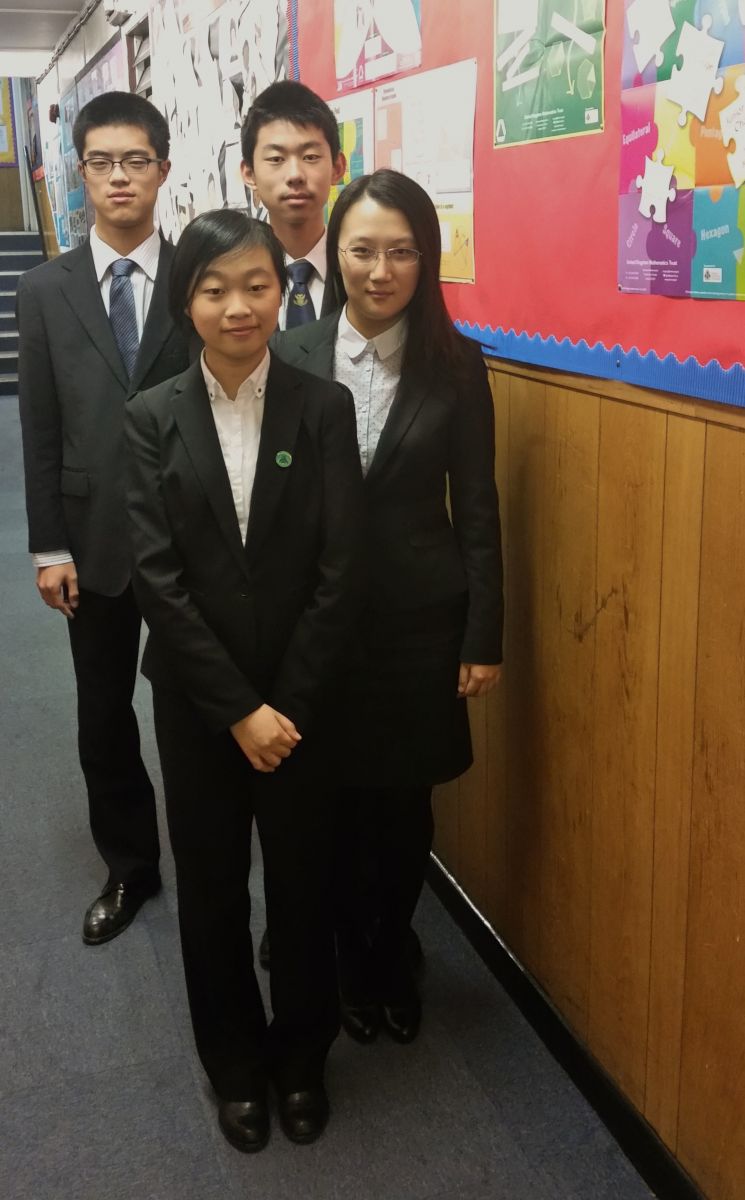 On Thursday 13th November four members of the Sixth Form took part in the Regional Heat of the UK Maths Trust Senior Maths Team Challenge held in Chester. After last year’s success – the school won the Regional Heat and then went on to come sixth out of sixty teams in the Final – hopes were high for a repeat performance. And we were not disappointed. Our team – Olivia Li, Mark Ha, Alice Ma and Marshall Miao not only won the Heat but they also scored full marks. The organisers announced that only one team had achieved such a result last! So once again, the team will make the journey down to London for the Final in February. We’ll keep you informed on how we did!