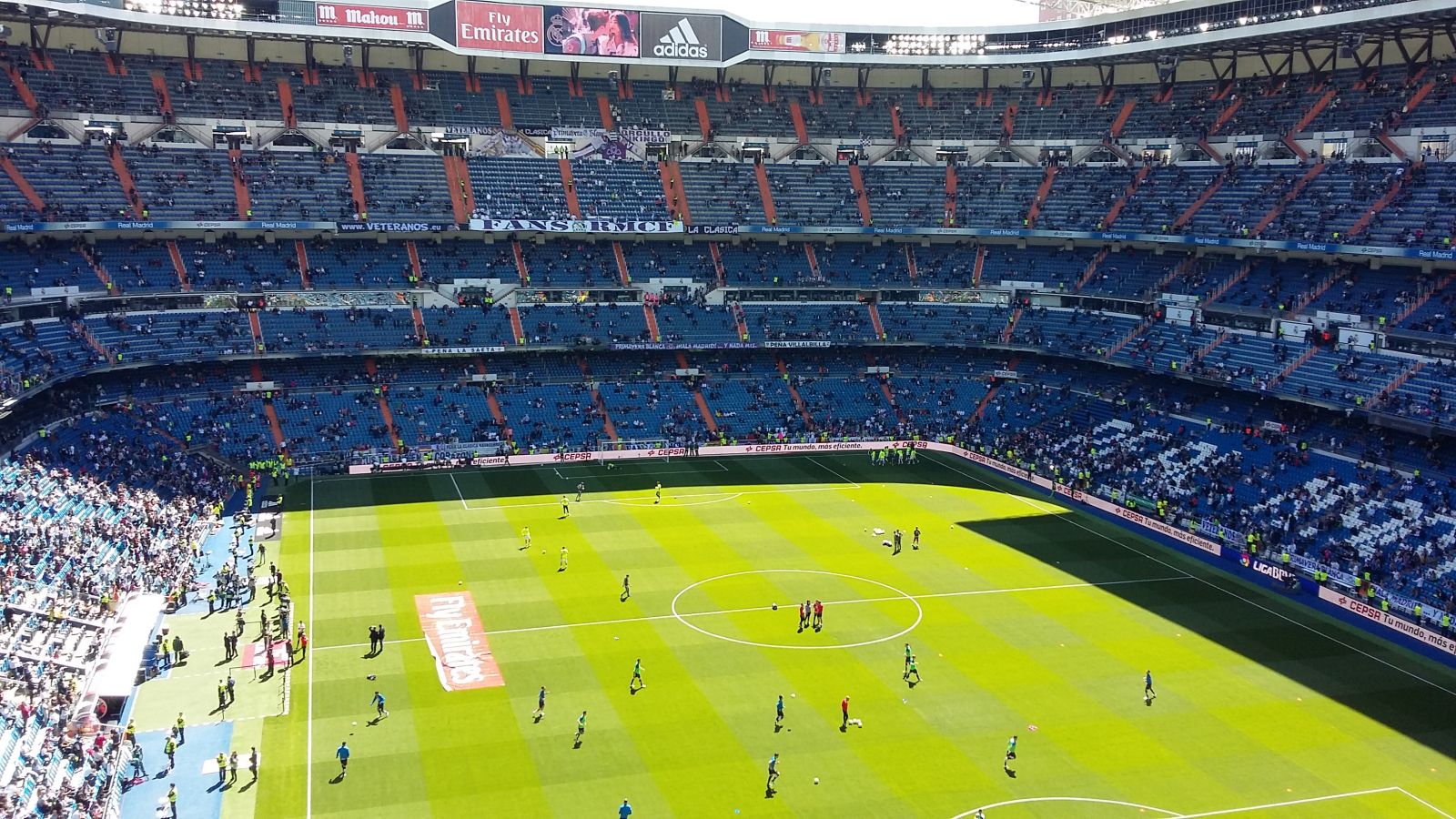 On Wednesday 6th April,30 pupils and 3 staff set off on a football tour to Real Madrid.    The tour was supported by a representative from the travel company.   Our time was spent in the professional football clubs training complex: , an experience the boys are unlikely to forget.  Training was carried out on a 3 G pitch in a stadium with 13 floodlights. The training sessions during the day lasted 4 hours with a Real Madrid physio/medic in attendance.   The weather was 23 degrees with plenty of sun tan lotion was applied.

The boys had not only the experience of the Madrid football coaches, but a whole professional experience including eating the correct food at lunch.

The staff also joined in the training and soon showed their skills with Mr Hogan taking a tumble with nobody around him and Mr Robinson missing an open goal from less than a metre!

Two football teams were produced consisting of an U15 and U16 side.   Once Real Madrid organised the opposition their weak players were still excellent so our two teams lost 7-0, but showed tremendous effort and endurance.   This was no disgrace and I am sure we will see some of the opposition playing in the Spanish League in future years.  It was a marvellous experience in front of a good crowd and under floodlights.

The boys then watched a Madrid derby at U14 level, on the same pitch as they had just played. The Real Madrid's manager’s (Zinadine Zadane) son played and will be a star of the future.

We then watched Real Madrid at the Bernabeau Stadium playing the same way and using the same football philosophy coached to the boys.

We visited the centre of Madrid to see the cultural aspects of the city, such as the cathedral and presidential palace.  The trip was rounded off with a stadium tour.

It was a pleasure to take our students abroad and when you see them in a different environment for 14 hours a day for 5 days you appreciate how special they are. The difference in age groups from F1 – Upper 6th made no difference, but a special mention must go to George, Arun and Mikita who looked out for the younger age groups and set the example for them to follow.

The students behaved impeccably and were a credit to the school.  Their excellent behaviour was commented on by the Madrid football coaches during our time in the training complex and also by passengers on the return flight home.