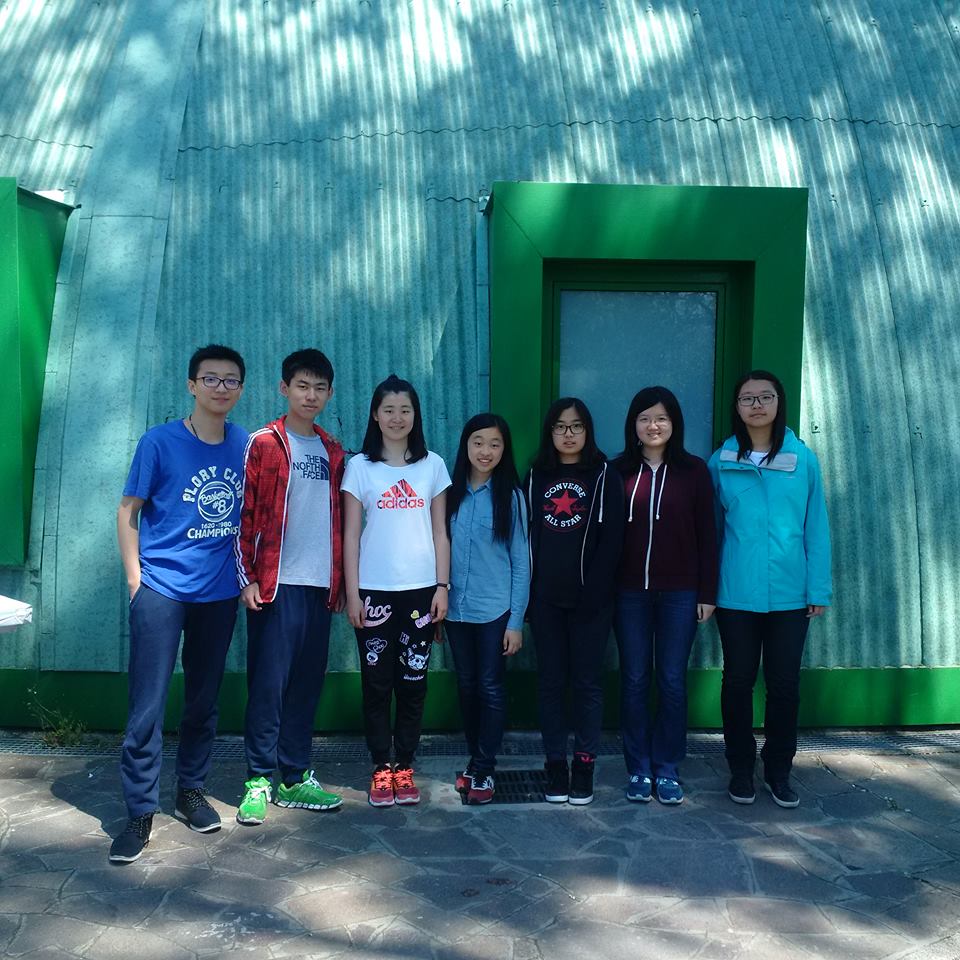 As a result of becoming the UK National Mathematics Champions, seven of our students were invited to represent the UK in Cesenatico at the Italian Mathematics team competition.

Thomas, Alice M, Betty, Veronica, Marshall, Viki & Rayna were to compete against the best 110 Italian Schools (chosen from over 700) in this prestigious competition.

There were two semi-final competitons (29 teams in A, and 33 in B). We participated in Semi-final B:- 29 Italian teams, 1 team from Hungary, 1 from Romania, 1 from Czechoslovakia, and our students.  After the first day of competition, Mr Belfield was delighted to report back to school that our team had come top, beating the Czech team (1200 to 1080).  The competition was extremely hard and our students had taken an early lead, but were overtaken by the Czech team.  However, right at the end, our team solved a very difficult question and scored many points making them the overall winners.

After such a tiring day the group enjoyed an Italian meal whilst preparing their strategy for trying to defeat the Czech team!

On the day of the final we competed against the Czech, Hungarian and Romanian teams again plus the top 32 Italian teams (from both semi-finals).   Our students were sadly pipped to the post by Hungary by one question, but Mr Belfield was extremely proud of the group coming second place.  It was a wonderful experience for all involved.