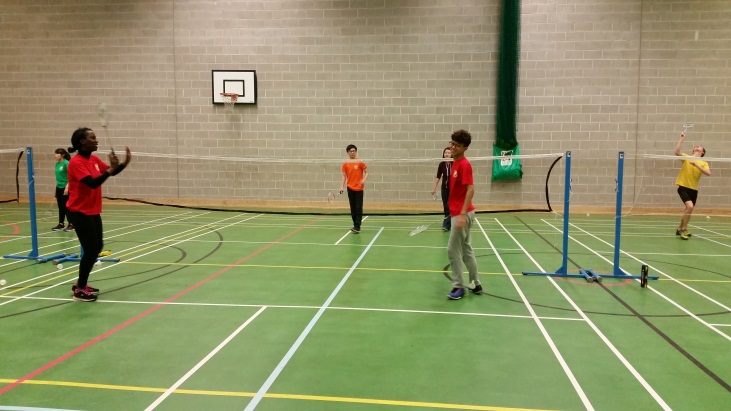 The competition started on Friday 22nd January with the Lower and Upper Sixth mixed badminton teams. Everyone entered with good spirits and produced some very competitive games.  After the first round, 3 houses – Churchill, Newton and Elgar – were tying for first place on 98 points each, closely followed by Austen and Brunel. The joint top Lower Sixth teams were Churchill’s Arun and Aran, and Newton’s Michael H. and Veronica. The joint top Upper Sixth teams were Churchill’s Howard and Emily V, and Newton’s team consisting of Yerkhan and Bomi.
On Friday 29th January it was the turn of the KS3 and KS4 mixed teams. The stand out team was Austen’s KS3 team of Emelia and Vincent who gained the highest score in the tournament. Their magnificent total propelled Austen into first place, closely followed by Churchill, Newton, Elgar and lastly Brunel. The top KS4 team were Sarinya and Marcos from Newton House.
Well done to all those that took part and members of Newton House who helped to organise the event.