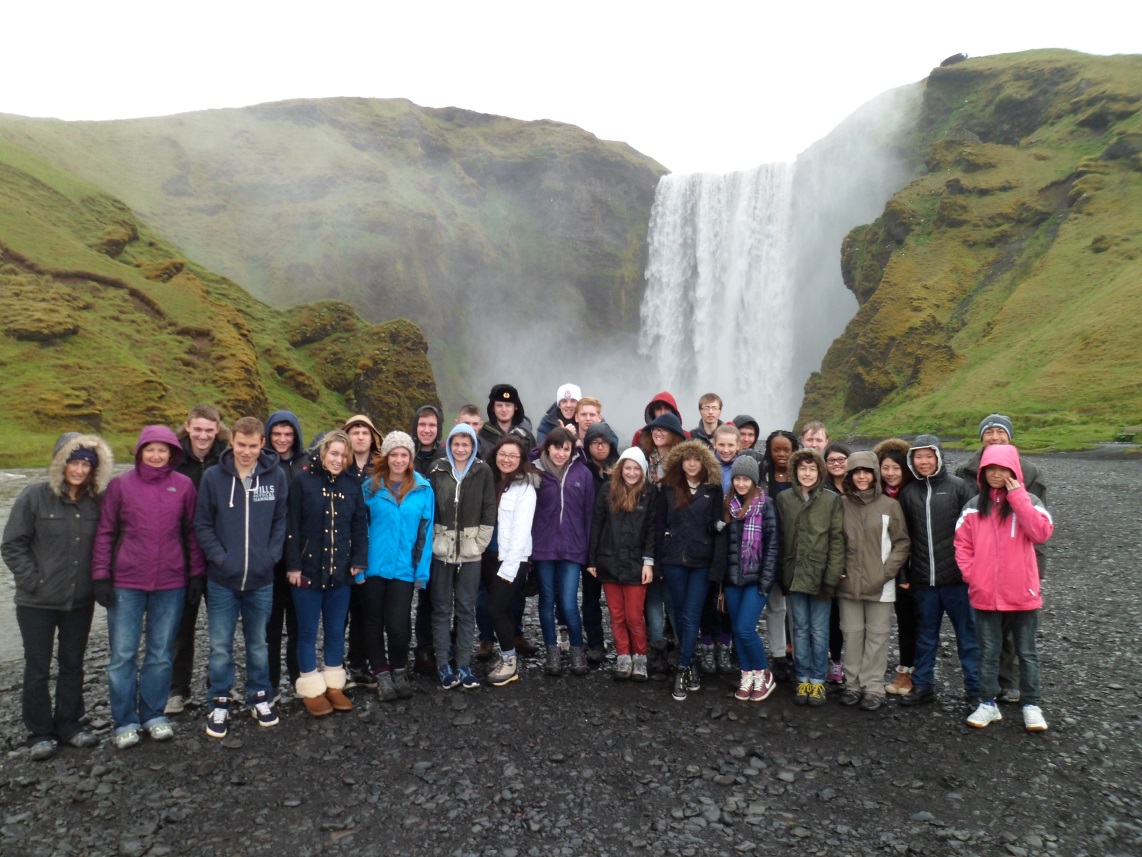 The students who went on the Iceland Trip would like to thank all the teachers who organised such an amazing trip and for the wonderful memories. Listed below are the highlights –
Swimming in the beautiful blue lagoon with geothermally heated water.
Fantastic waterfalls
Black beaches at Vik with basalt lava columns, caves where the Hollywood blockbuster ‘Noah’ was filmed,
An utterly spectacular glacier which was still covered in ash from the 2010 volcanic eruption.
Thingivellir National Park where the continental drift between the North American and Eurasian plates can be clearly seen in the cracks and fissures.
Geysir, a geothermal area with spouting hot springs.
Kerid, a volcano with a crater that has a pool of water at the bottom and the area is composed of a red volcanic rock rather than black.
Reykjavik City
Whale watching
Laugardalslaug, Reykjavik’s largest outdoor swimming pool to enjoy thermal waters and geothermal whirlpools, steam room and slides.  Some students even set up their own version of ‘Total Wipeout’ where Ianto emerged victorious!