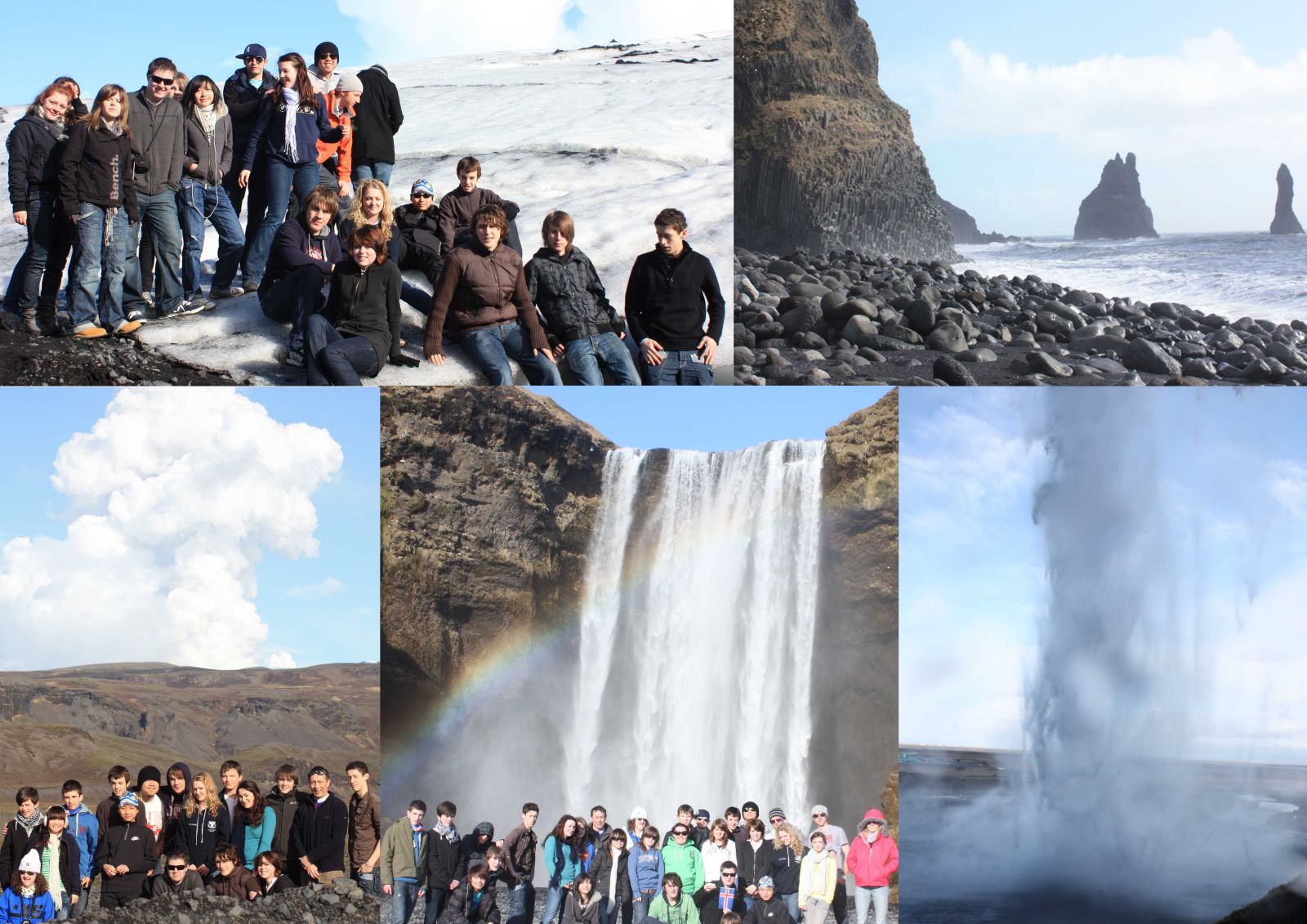 We awoke to an air of relative calmness –the biting wind of yesterday had subsided and after an early breakfast we headed east from Reykjavik along the beautiful South Shore, stopping first at the 65m waterfall Seljarlandsfoss, where we were able to walk behind the fall and look in awe at the power of the water as it entered the plunge pool. Driving towards the Solheimajokull Glacier, Liz noticed a plume of volcanic gases. As the weather cleared it became obvious that this was the eruption that had started ahead of our visit. We stopped and watched the fissure eruption unfold before travelling the short distance to the ice tongue where  we saw the work of a glacier close up and were allowed a very close inspection of the ice. This ice tongue advanced considerably in the 1990s but has retreated some 400m in the past five years.   Lunch was  in the village of Vik which had yesterday practised an evacuation should the volcano (another) which lay beneath a glacier erupt with an ensuing flood . The power and beauty of the coast was much admired at  Reynisfjara beach. The columnar basalt and black sands created a very different environment for the students to study compared with back home. On the return journey we stopped at the Skogar museum which showed great examples of Icelandic ingenuity and added support to the Boserup theory of ‘necessity being the mother of invention’. Good luck was also on our side as we visited the Skogafoss waterfall and our guide informed us that we were very fortunate to see the rainbow  in front of the falls.  After a brief return to the hotel we prepared for an evening at the Bowling Hall !