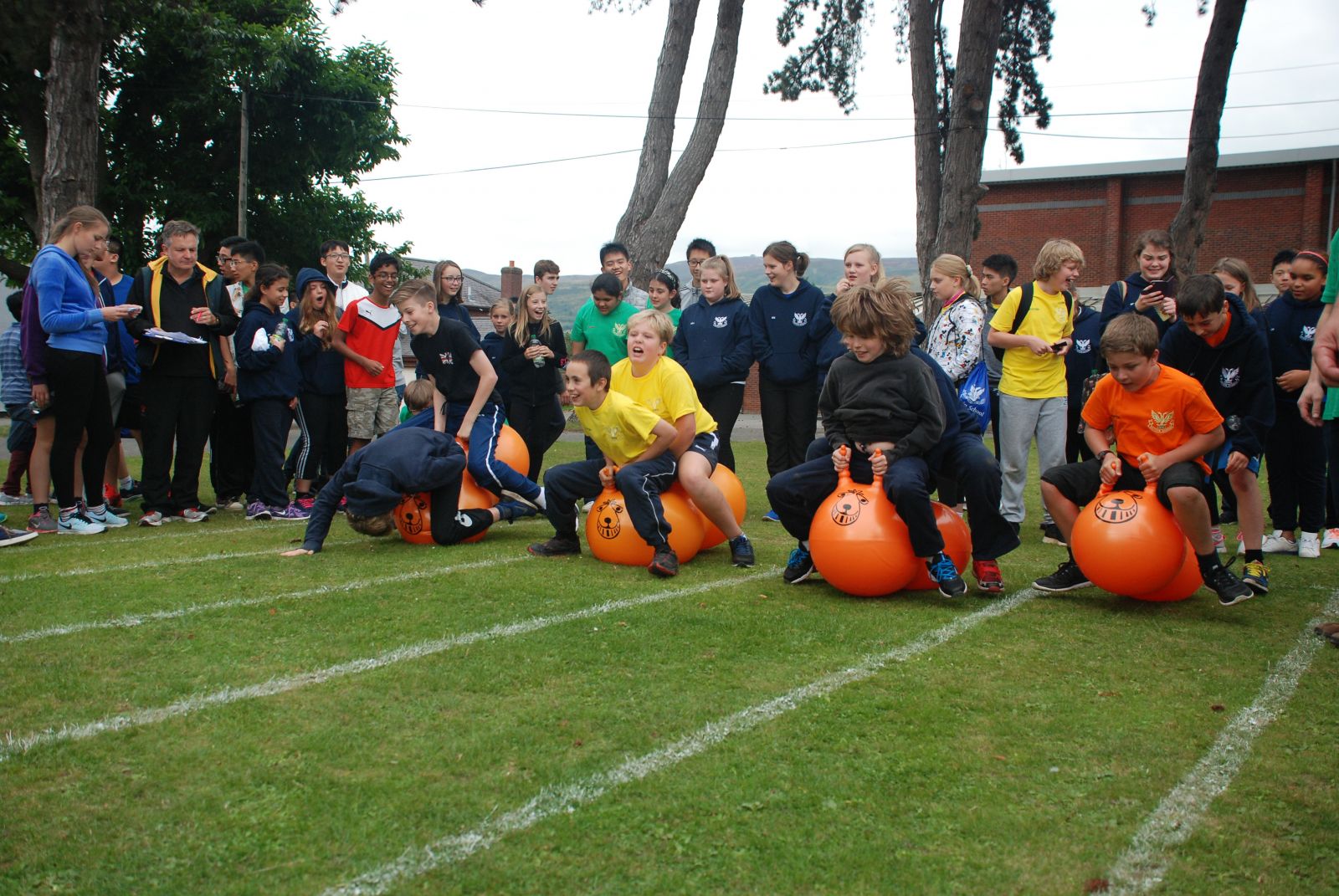 A fun-filled afternoon heralded the start of another academic year,
here at Ruthin School, in the heart of the beautiful Vale of Clwyd, North Wales.
Mr Rimmer and the Heads of the five Houses, after much deliberation and planning, organised and marshalled pupils, old and new, in a series of traditional sports and newer, innovative activities: Churchill's 'Blind Football' tournament proved a hit with spectators (see Seren Audley above, at full speed) as did other bizarre competitions…the 'Double Space Hopper' race really tested some competitors' powers of coordination, (see left and below).

Other ‘Old Favourites’ in keeping with such an event were also much enjoyed: the Sack Race, Egg Race, Skipping Race, Three-legged Race, Hula Hoop, Penalty Shoot Out and Welly Wanging (that is trying to see how far an individual can throw a rubber wellington boot).
You had to be there, really.

It was William Penny Brookes, credited with introducing physical education into British Schools, who, in the mid 19th Century, became the driving force behind the Wenlock Olympic Games, in Much Wenlock, Shropshire. It was on one celebrated occasion that an influential French aristocrat, Baron de Coubertin, visited the town on the Welsh Border – and what he saw fired his imagination. This chance encounter inspired the Baron to call for a global event. So, accordingly, he began to discuss just how the Wenlock Games might be translated on to a bigger, international stage. The first Olympic Games of the modern era took place in Athens in 1896.

The same spirit was abroad on our first day of term. Ruthin School has instituted another great tradition. Let's hope that this spirit of fun and abandon continues, balancing students' serious commitment to study.