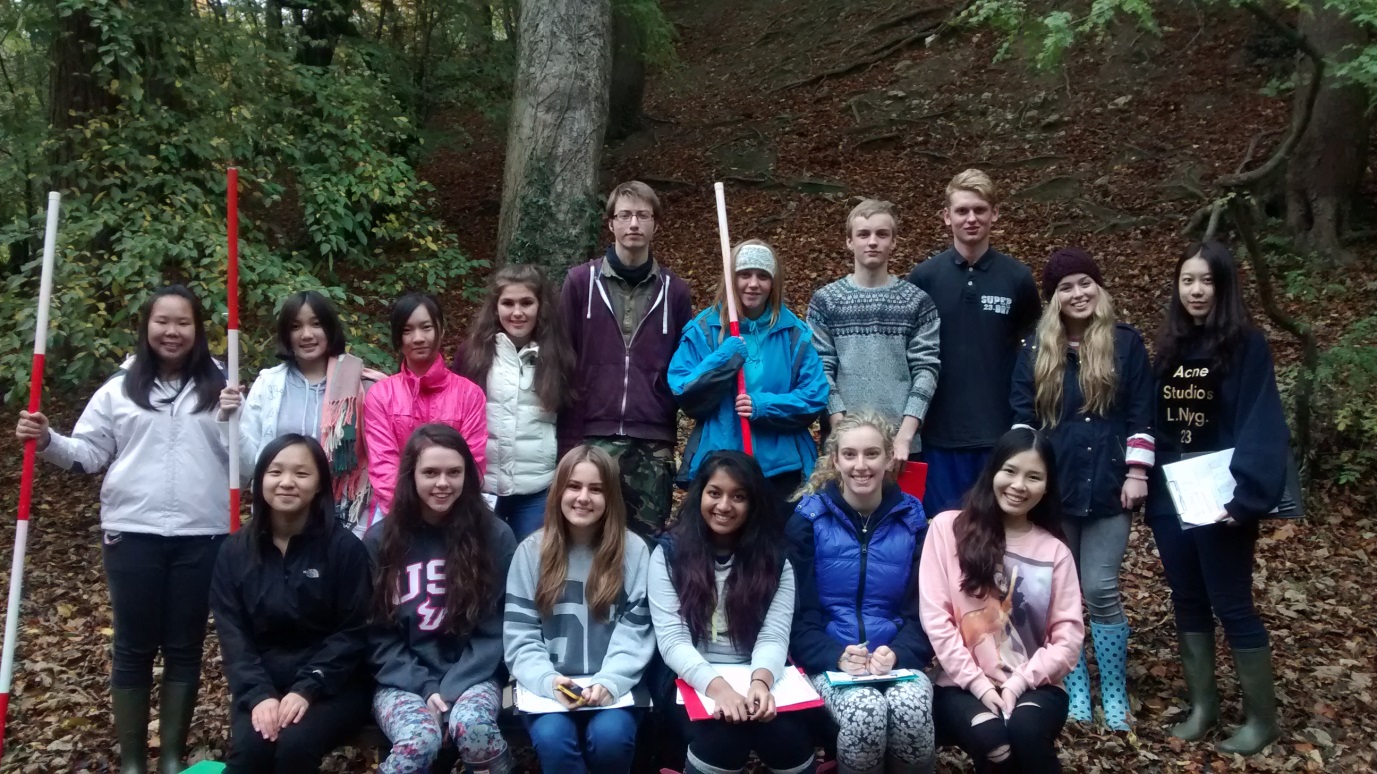 This term the Geography Department have been busy once again.  Our GCSE and A Level students have all taken part in field work out of school to prepare them for their exams.
The Form 4 classes have all visited Ruthin during their Geography lessons with questionnaires that they had prepared to investigate local opinions about the 2012 floods that occurred in the town and the way in which they were managed by local authorities.  They received some interesting responses and even met some residents who were flooded themselves.
Form 5 and Lower 6th both visited Llanferres and Loggerheads to undertake rivers fieldwork.  The groups were looking for changes in the channel characteristics as you move downstream.  They learned how to use specialised equipment and the methods of testing variables such as velocity, channel depth and sediment size. They will be tested on this in their upcoming exams.
On Wednesday 3rd December, Upper 6th visited Liverpool for the afternoon as they have been using the city as a case study of deindustrialisation and subsequent regeneration.  They started by visiting Stanley Dock and Tobacco warehouse to see an example of an area that has not been redeveloped and help them to realise what the area would previously have looked like.  We then made our way down the Dock Road to see the areas that have been regenerated including Albert Dock and the Echo Arena.  We then visited the site of the 1984 International Garden Festival.  Finally we visited the most recent phase of Liverpool’s regeneration, Liverpool One, before returning back to school.  The pupils agreed that it was very useful to visit the places that they had been learning about and that it would help them to remember the case studies for their exam.