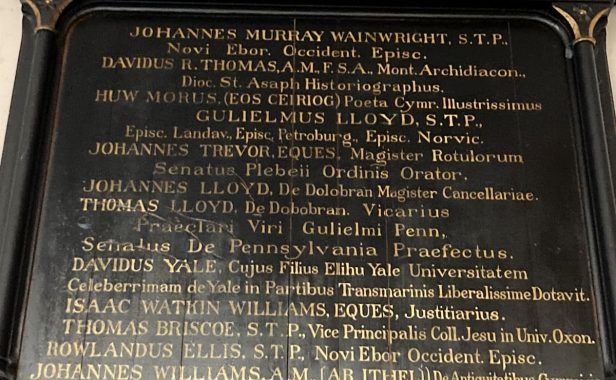 This year Wales celebrates the four hundredth anniversary of one of its most illustrious literary sons. Huw Morus was born in 1622 and was the son of Forys ap Sion ap Ednyfed, Llansilin, not far from the border with Shropshire and the town of Oswestry. It is thought he joined Ruthin School as an adolescent, for his education in the classics. This academic grounding would have been key to his development as poet. After purportedly serving an apprenticeship as a tanner, Huw then returns to the family farm, in Llansilin, and works there, for the remainder of his life. 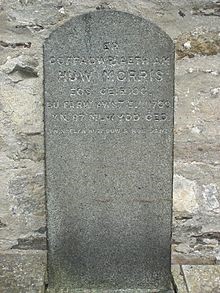 Nevertheless, it is as poet, not farmer, that Huw is remembered. He frequented the company of the great and the good and was sponsored by several prominent members of the gentry of NE Wales, including William Owen of Brogyntyn, Sir Thomas Mostyn of Gloddaeth, and Sir Thomas Myddelton of Chirk Castle. For these notable worthies, Huw composed several highly regarded elegies. The Elegy for Barbara Myddleton, the wife of Richard Myddleton of Plas Newydd, Llansilin, is deemed as one of the finest in Welsh literature.

Throughout the tumultuous times of the English Civil War, with all its religious and social upheaval, Huw Morus was a staunch churchman and Royalist. Many of his poems satirised Cromwell and the Commonwealth of England, and he ardently opposed Welsh Puritanism.

In Welsh literary, musical and folk circles to this day, Huw Morus’ compositions of Christmas and ‘May Carols’ are still widely known. It is said that Huw was given the sobriquet Eos Ceiriog, (the Nightingale of Ceiriog) in the nineteenth century, in recognition of the unique craft and insight evinced in his love and nature poems. Huw also developed a poetic style based on established free-accented metres, which still observed the complex and exacting metres of cynghanedd – that is, the strict metre forms in formal Welsh poetry. 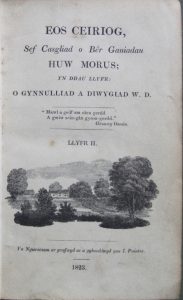 So achieved was the body of his work, that it is said that few can truly emulate him. Not only reflecting exquisite form and skill, the poems also illustrate the day-today life and society of the time – and allow the reader unique insights into the day-to-day routines of ordinary rural life in Wales, in the 17th century.