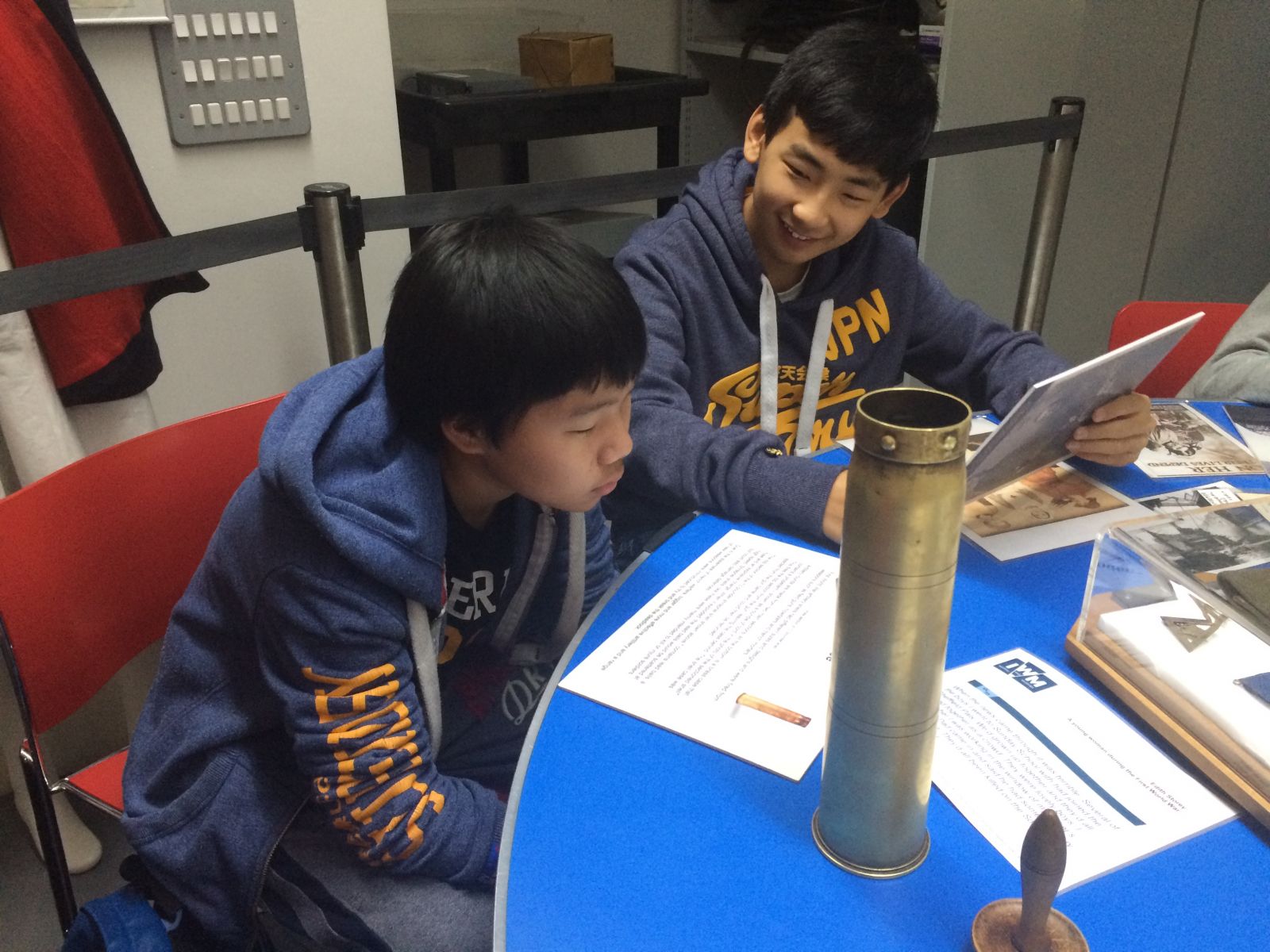 During the Autumn Term, Form 3 attended a trip to the Imperial War Museum in Manchester. When we arrived, we were greeted by Mr Skelton and taken inside to the WW1 section of the museum. After having a look around, we proceeded to sit down and watch a five minute film about the impact of World War One on children from across the world. This film highlighted the feelings from children from the beginning of the war right up until the present day. The commentary was accompanied by an amazing 360 degree display of photos being projected on to all the museum walls. It really made us understand how children were affected by the war and just what a truly horrifying experience it must have been for them.
Shortly after, we were escorted to a room in which contained many original artefacts from World War One. After a short PowerPoint we were asked to come up with our own presentations to do with the theme of the artefacts on our tables. This was a great experience for us as we got to handle and learn about the artefacts placed on our table. However, we also learnt about many other aspects of the war like the Home Front, and consequences of the War while doing this, therefore expanding our knowledge even further. After returning to the main part of the museum we looked round for a further half an hour, paid a visit to the shop, then returned to school. Overall the trip was a great success, with thanks to our history teacher, Mr Robinson, for organising the trip, and the inspiring staff at the Imperial War Museum.