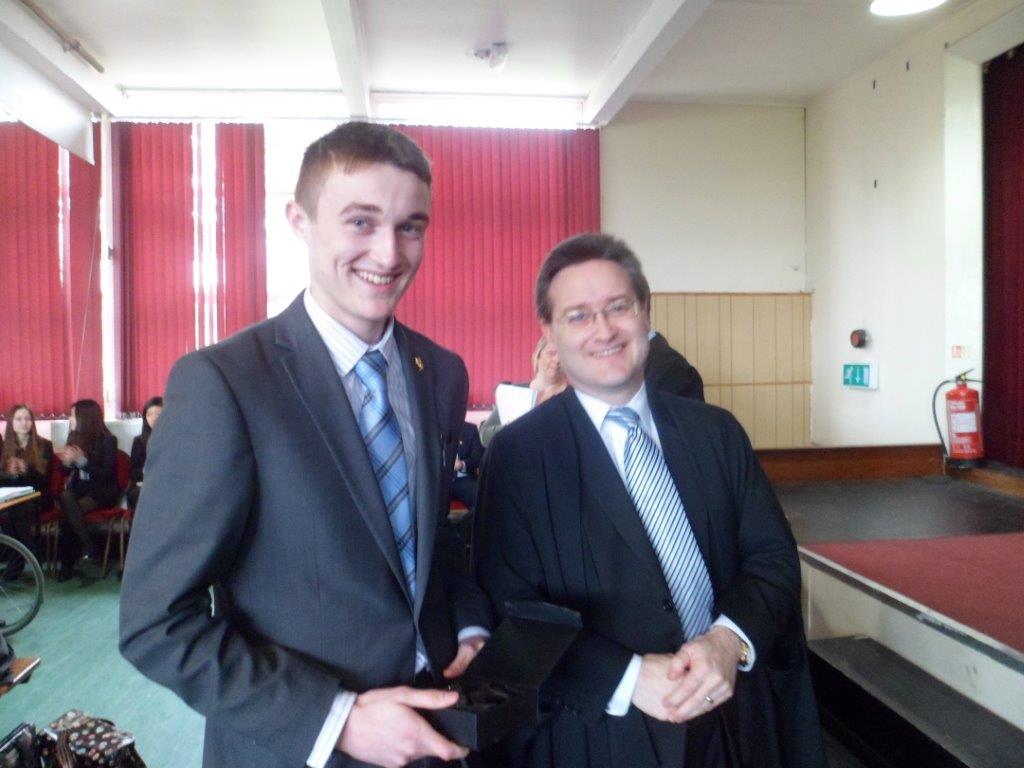 The inaugural presentation of the football awards for 2014 took place in assembly. The awards were in recognition of the excellent season.  Overall the team has won 6 matches, drawn 1 and lost 1. They scored 27 goals and conceded 8 goals.

Ahmed Bello thoroughly deserved his trophy for Most Improved Player of the Year.  He is playing 4 years above his age group and has acquitted himself exceptionally well.

Richard Jones was voted unanimously the Best Young Player of 2014. He has won the most Man of the Match awards and has been Mr Consistent all season.

Well done to all of the team for their commitment and performances throughout the season.