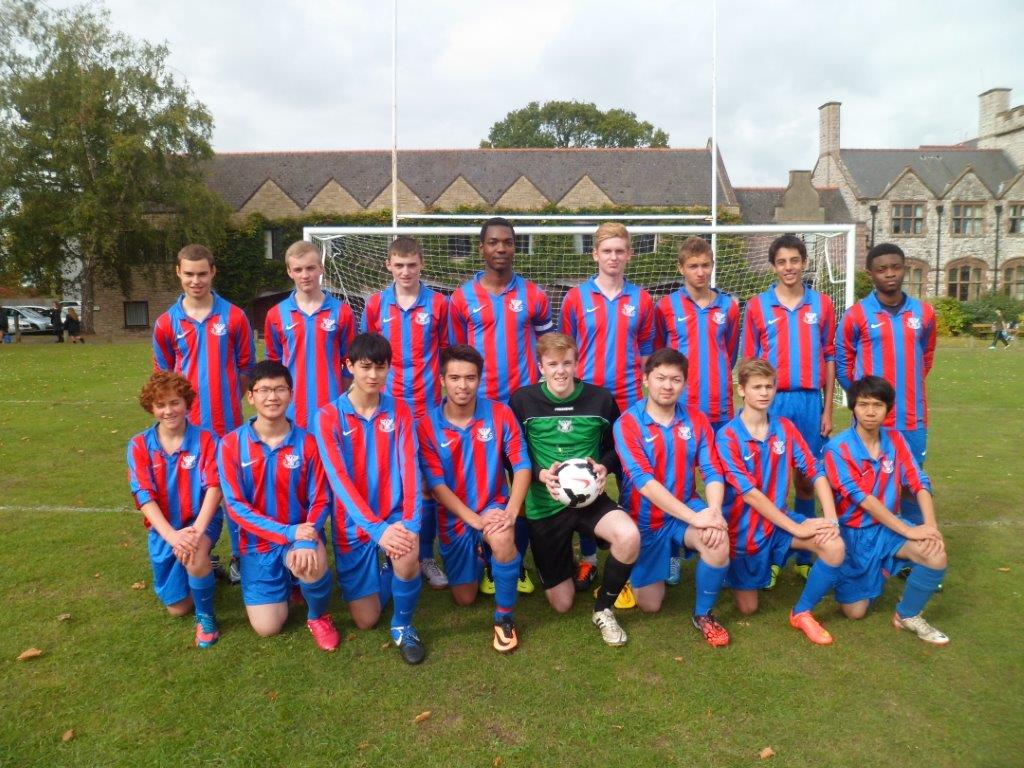 Our first match of the season took place on Wednesday 24th September against Wrekin College.  Going into the match we had a strong team that worked hard throughout the whole game.  We lost the game 2:1 due to some silly mistakes.  The first goal we conceded was due to an error in the defence that could have easily been avoided.  The second goal conceded was due to a miscommunication between the goal keeper and defence.  This hit the team pretty hard, but no heads went down.
After half time our centre forward, Gerald Ephraim, scored a fantastic shot to bring us up to 2:1.  For the remainder of the game it was pretty much one-sided.  We dominated the possession and had plenty of chances at goal, but none went in.
We did not do too badly for our first game and do not believe that the result reflected the standard of play.   Key players included Rich, George, Gerald and Louis.
Nathan Butler