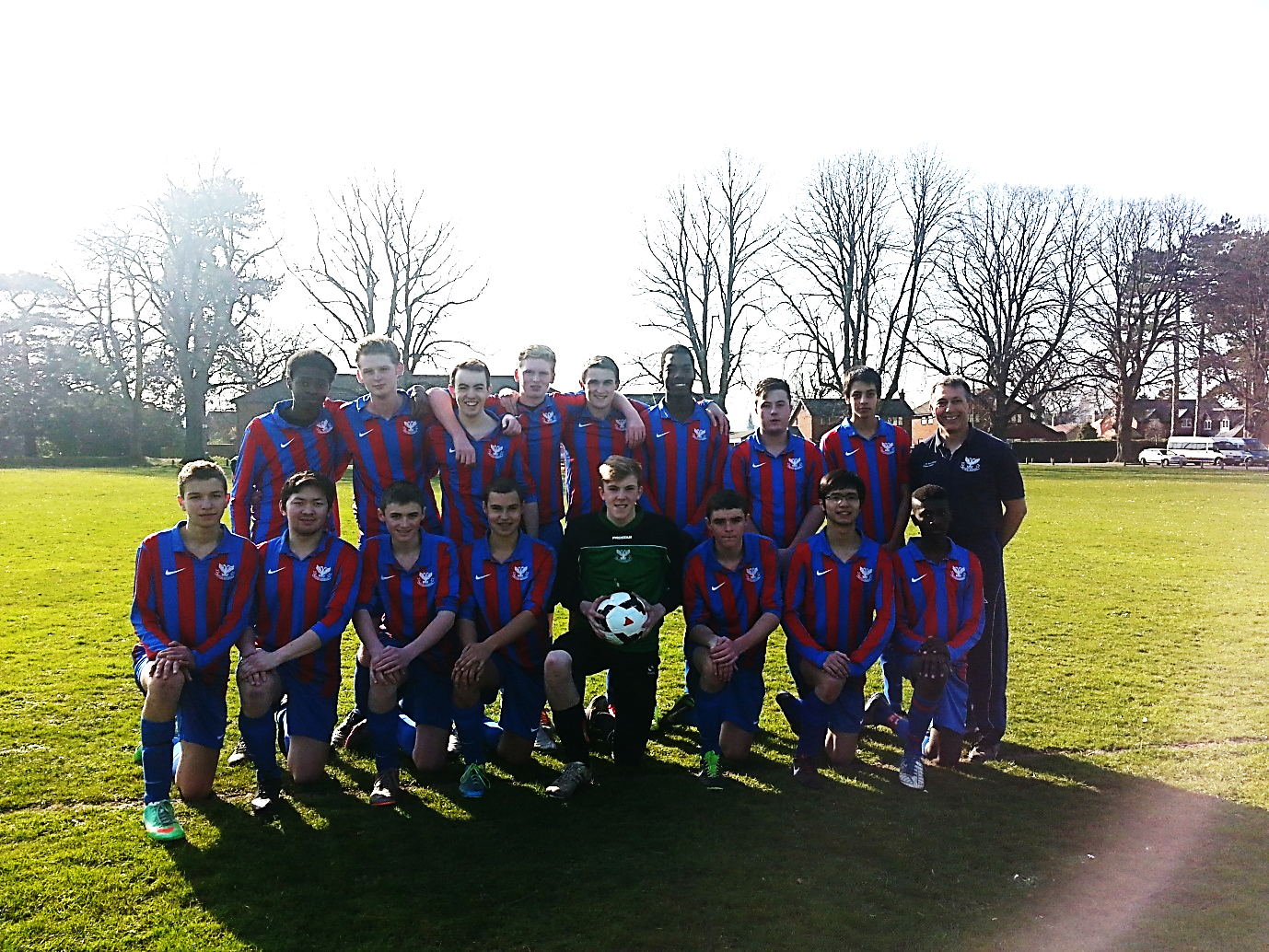 Ruthin started slowly, giving possession away frequently, and failing to string a few passes together. However, they kept the score line at 0-0, with the defence dealing with some tricky long balls from the flanks.  One golden chance fell to George DVD, who failed to convert Sam’s pullback, and blazed his effort high over the bar.  Half time score – 0 v 0

Mikita came on to strengthen the midfield.   Ruthin began to use the ball more and began to pass their way out from the back with Louis.  A clever ball from Robin gave Sam a shooting opportunity, but the keeper saved well and the danger was cleared.

Soon after, St. David’s failed to clear Alex’s corner and Robin diverted the ball to Sam who beat the offside, turned and clipped the ball over the keeper and into the net. There was some controversy over who got the last touch, but the goal was eventually awarded to Sam, much to Gerald’s disappointment.

Within seconds of the restart, Ruthin went two goals ahead after some determined pressing from Mikita, feeding the ball to George, who played Sam a delightful pass with the outside of the boot for Sam to fire into the top corner.

Ianto worked tirelessly down the wing and combined well with Richard who defended admirably. Louis in goal was virtually untroubled being well marshalled by the defence.

Abylay came on in midfield into a 4-5-1 formation.  Ahmed came onto the field on the wing and fitted in well, playing the easy ball, and battling well against some older opponents. A quick break away from the back saw Richard and Mikita combine to play the ball into Sam who was chopped down. As he got back up onto his feet, he saw the keeper off his line, and from 45 yards out, ambitiously lobbed the keeper directly from the free kick to claim his hat trick.   Chetachi replaced Sam in the closing stages and worked tirelessly with fresh legs and Gerald took the armband and organised the team well as they closed the game out. The final whistle blew and Ruthin claimed the win with a clean sheet which was well deserved. Ruthin face Kings next week away from home which will prove to be a huge test for this young side, however they are unbeaten since the 4-2 defeat at Oswestry many months back and have won 4 out of the 6 games, drawing one and losing one which is a great achievement for the young developing team.